What is this strange V-shaped cloud hovering Carson, California on September 27, 2015?

I have never spotted something like this before… Have you ever? 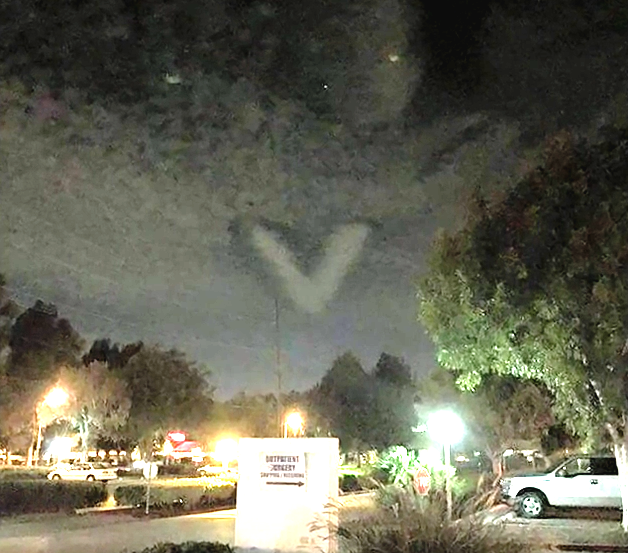 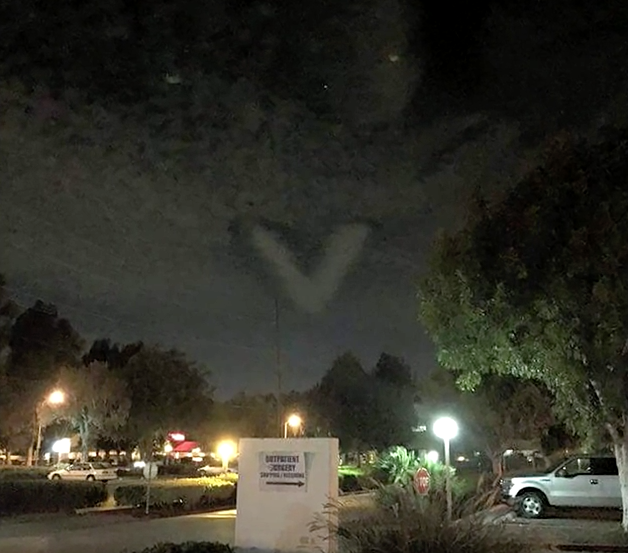 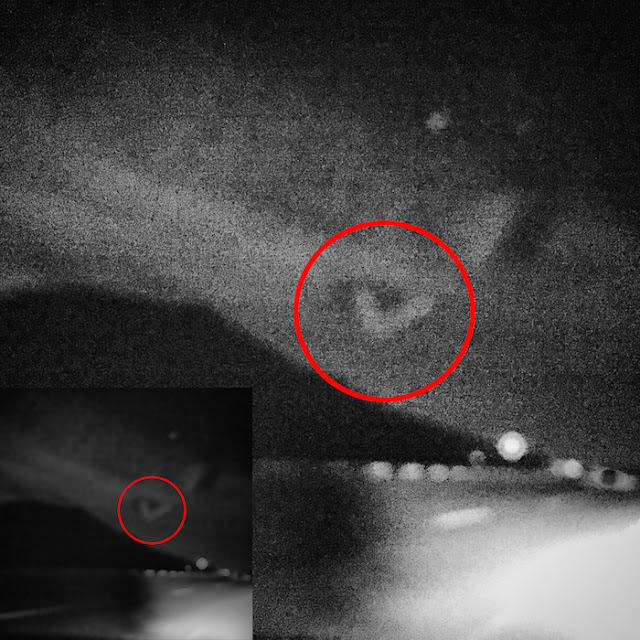 And here a video compiling more pictures of the sky phenomenon:

As stated by a witness of this v-shaped cloud:

‘Bizarre! V-shaped cloud in the form of training courses, after harvest, Lunar Eclipse tonight. I’ve never seen anything like that before, so I took pictures. Others and I have witnessed the formation of clouds, could not explain how it was formed. It was a strange cloud formation, especially how it kept its perfect form for about 35 min. there were other clouds in the sky tonight, but none had this shape as it was.’

Have you ever such a weird cloud? Is it real?