These amazing pictures and videos show the effects of the worst storm in decades at Tramore, Ireland. Insane.

Do you feel the insane winds raging…

And look at the height of these furious waves…

In the Republic of Ireland, gales and torrential rain have closed roads, hit rail services and cut power to 4,200 homes and businesses.

Here the same spot in Tramore but in day time…

In Northern Ireland, thousands of homes have experienced power cuts, air passengers have been delayed and fallen trees have caused problems on the roads.

About 20,000 homes and businesses in Northern Ireland lost power overnight. Around 100 are still without it. 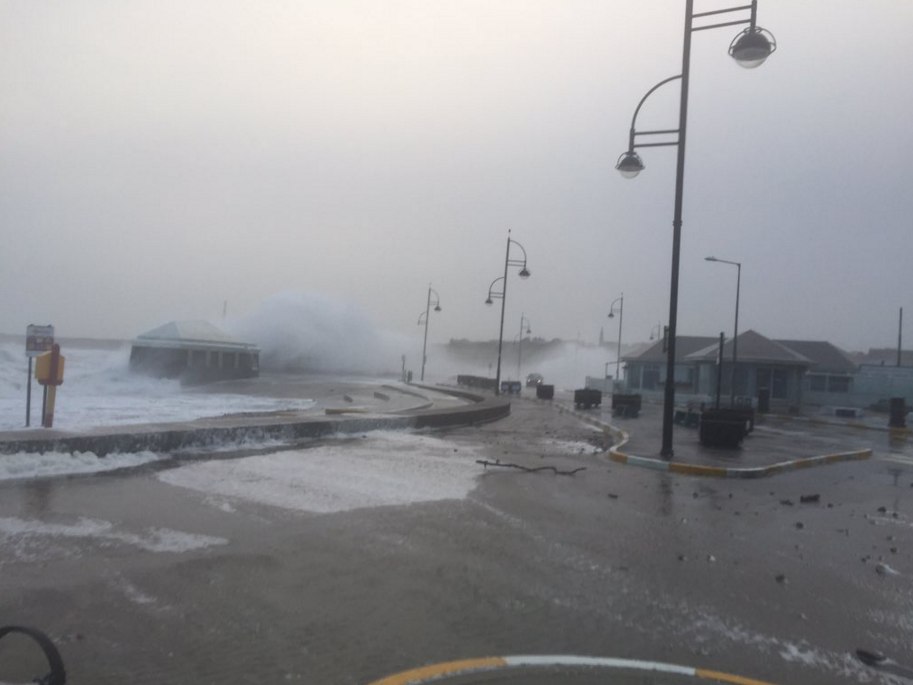 Passengers on nine flights into Belfast International Airport were temporarily held on planes due to high winds. Two other inbound flights had to be diverted to Dublin. 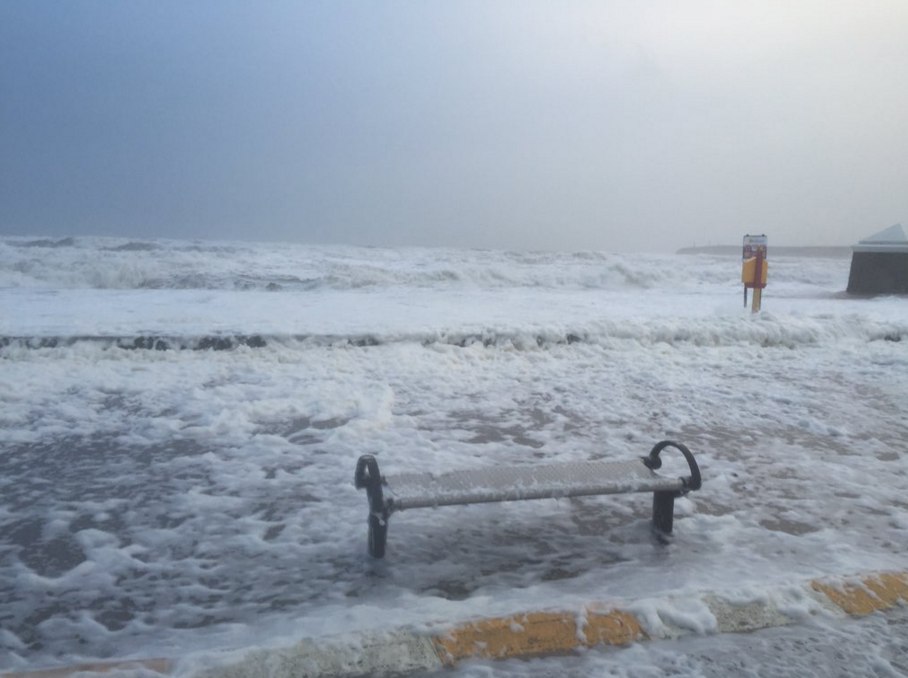 National Rail has said it is reopening some lines in Scotland following flooding on the Scottish railway network. 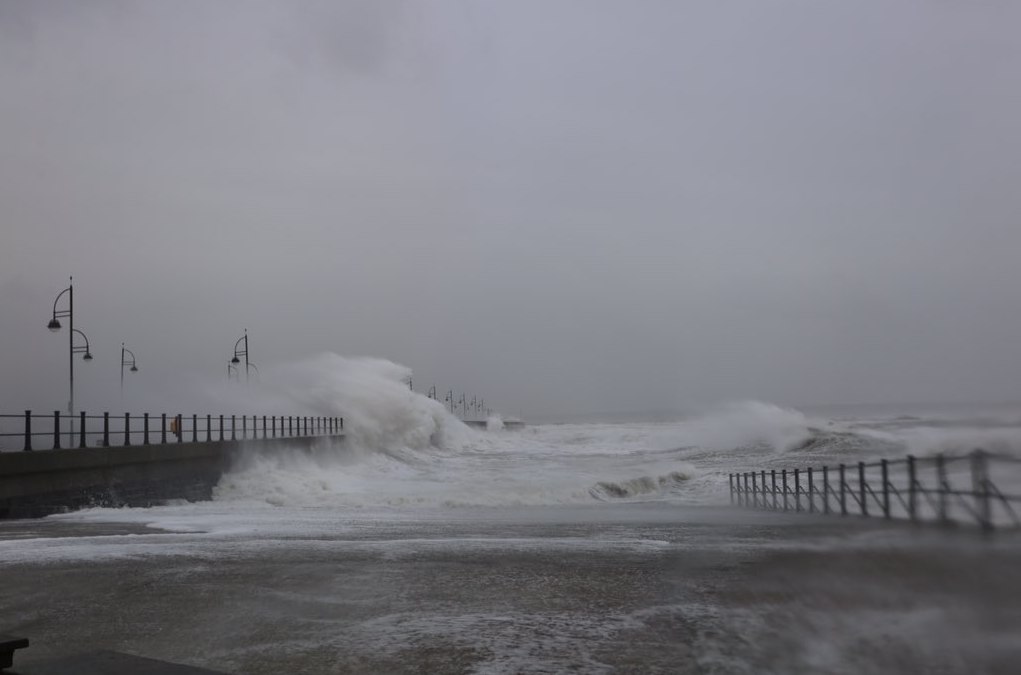 Scotland bore the brunt of the bad weather with hundreds of homes evacuated and thousands without power. 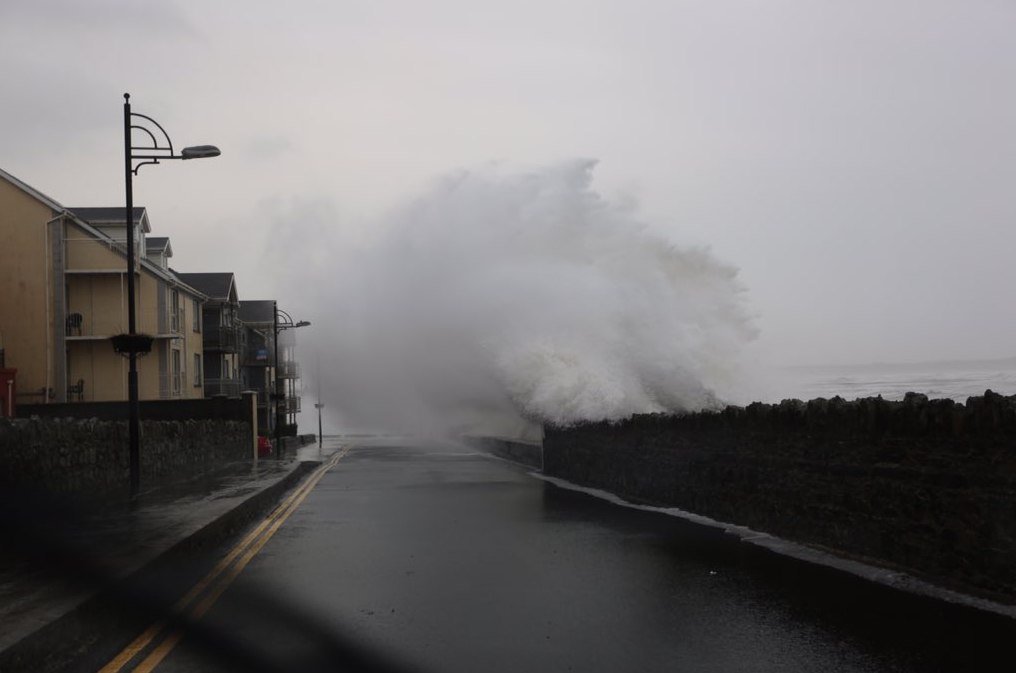 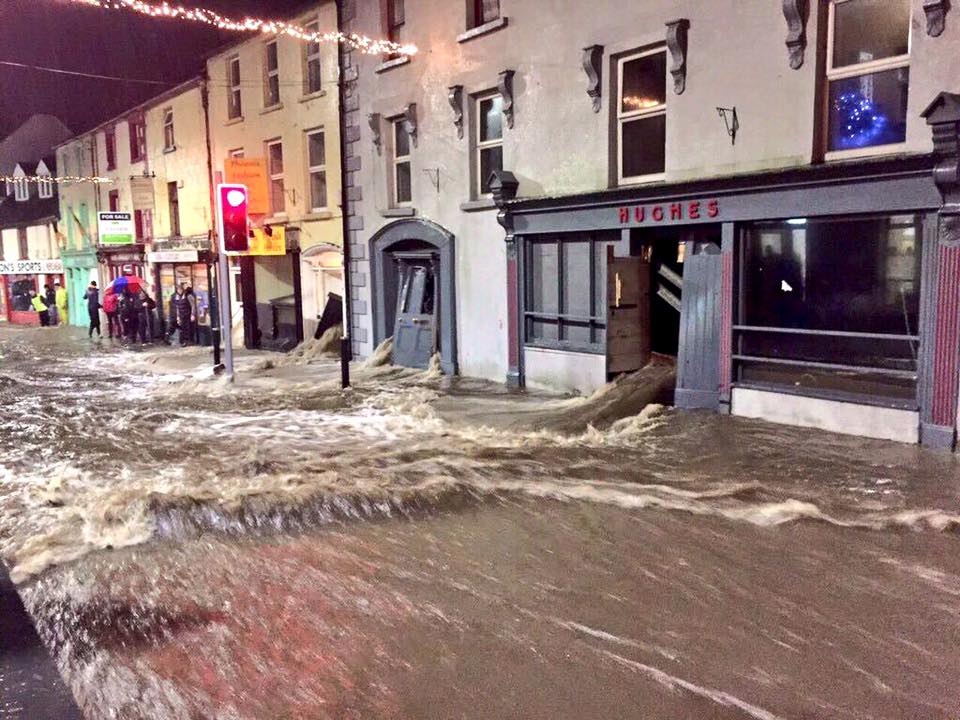 In Wales, more than 1,400 properties in Carmarthenshire, Pembrokeshire, Swansea and a handful in Ceredigion lost power but most have since been reconnected.

Meanwhile, in North Yorkshire, soldiers have evacuated homes near a bridge in Tadcaster after it collapsed, prompting fears of flooding and a possible gas explosion.

The town’s 18th-century stone bridge over River Wharf collapsed on Tuesday, causing a nearby gas pipe to rupture.

People watched the storm-battered masonry crumble into the swollen river, before running away as a wave headed towards the bank and a strong smell of gas leaked from exposed pipes.