What is this mysterious object exploding in a loud sonic boom over Victoria, Australia. 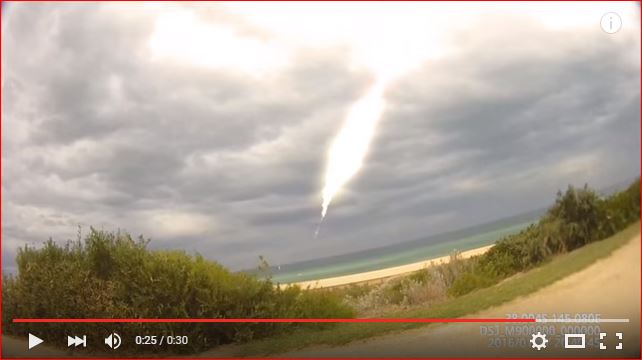 The video’s time-stamp indicates it was filmed just after 8 p.m. Jan. 27.

No such close meteors have been reported on that day. It’s more probably a lense flare as argued in this comment:

Sure, a man decides to sit down while filming, and aims the camera at the sky. A few seconds later a fireball appears with weird lense flare that I haven’t seen in other fireball videos (and the flare appears before the fireball appears).

Then as it gets brighter, the camera doesn’t adjust/everything around the ball doesn’t get dark, just like in all REAL fireball videos and what cameras do when there is a lot of light onfront of them.

Then the fireball explodes and somehow the explosion travels very very quickly to the man filming , he who has not expressed any form of reaction to the events onfront of him whatsoever…