What is this mysterious black line that appeared in the sky of Mexico City on March 30, 2016?

People who think persistent contrails indicate some kind of “chemtrails”, sometime point to the “dark lines” that in some cases accompany contrails.

Since they can’t immediately think of why these dark lines should be there, they assume it’s part of the conspiracy.

In reality these “dark lines” or “black beams” are simply various kinds of shadows. 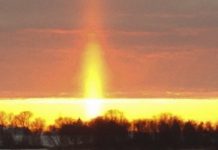 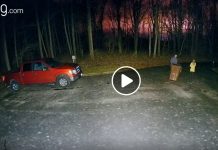