35 people were taken to the hospital after lightning struck a children’s soccer match on May 28, 2016 in Hoppstaetten, Germany.

Three adults – including the referee – were seriously injured in the incident. Another 32 people, among them 30 children aged from nine to 11, were taken to the hospital as a precaution.

The game had just finished when lightning struck suddenly at about 2 p.m.

According to what everyone present says, there were no clouds in the sky … so that this incident couldn’t have been expected.

Meteorologists said three storm cells were moving through the area at the time of the incident.

And while that may sound like a rare or even freakish event, it’s not that uncommon for lightning to travel far from its originating cloud.

In some cases, bolts have struck as much as 25 miles from where they originated.

Scientists refer to these wayward streaks of electricity as “bolts from the blue,” since it often seems as though the lightning comes out of a clear blue sky.

Meanwhile, Germany is being electrified by giant thunderstorms and hailstorms in the past two days. Here some pictures of these anomalous weather event in Chemnitz, today: 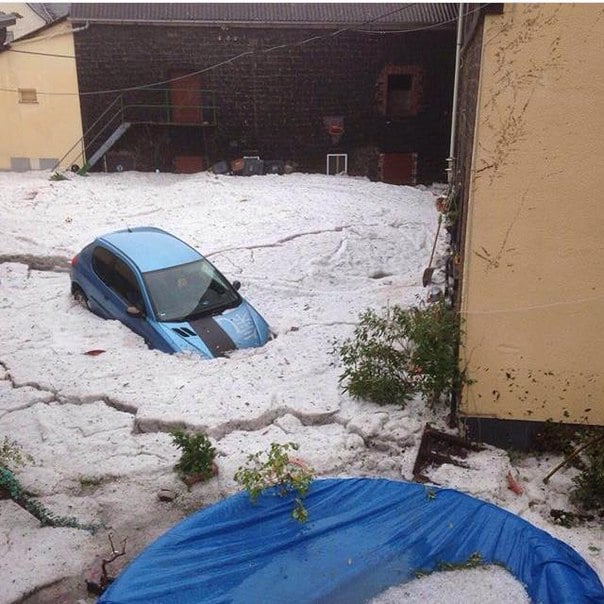 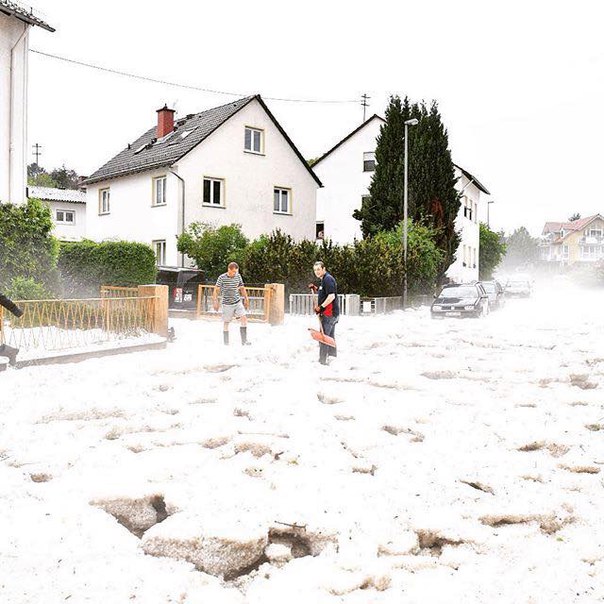 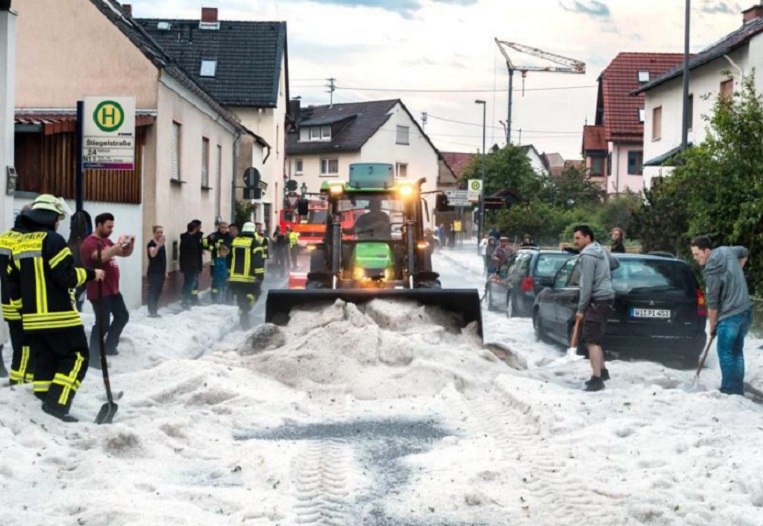