What is this anomalous ‘cloud’ that appeared on a ‘Base Reflectivity’ weather radar of Iowa on May 29, 2016?

According to one of the Strange Sound’s follower living in the area, such a band moving to the north had nothing to do on this radar… There was no storms, there was no rain and the sky was clear. So what is that? Watch videos below! 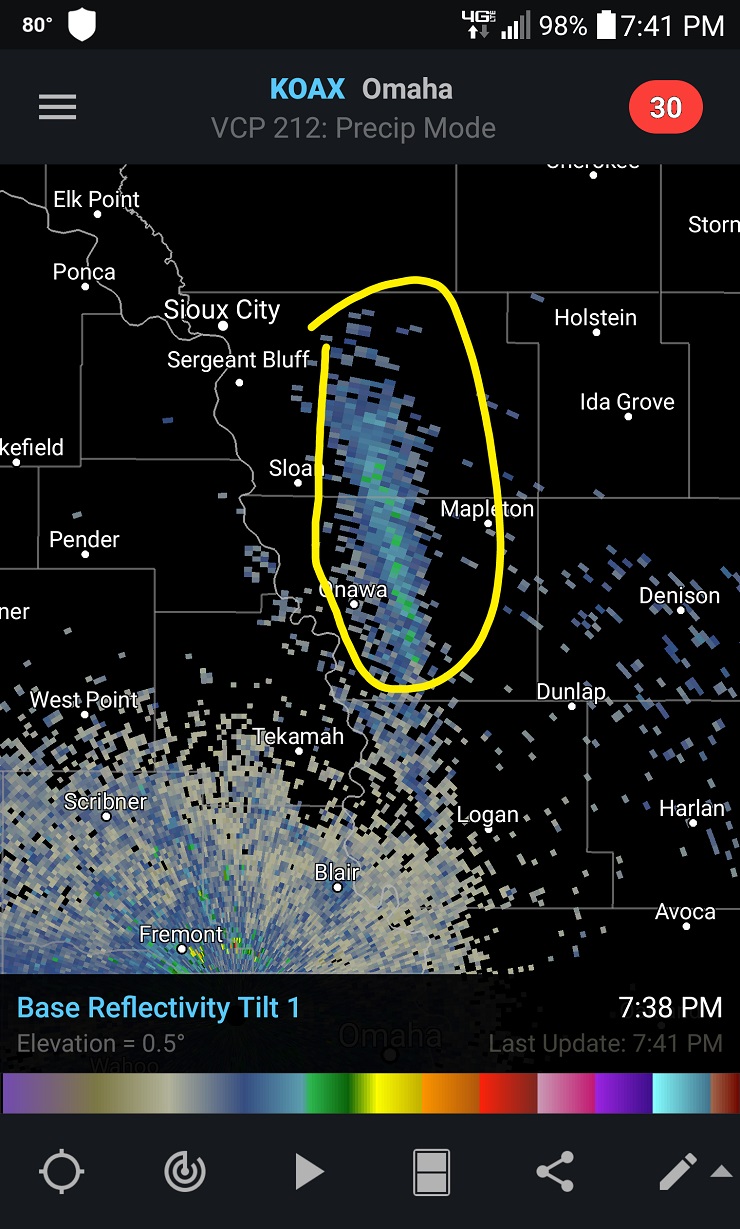 and here a bit larger: 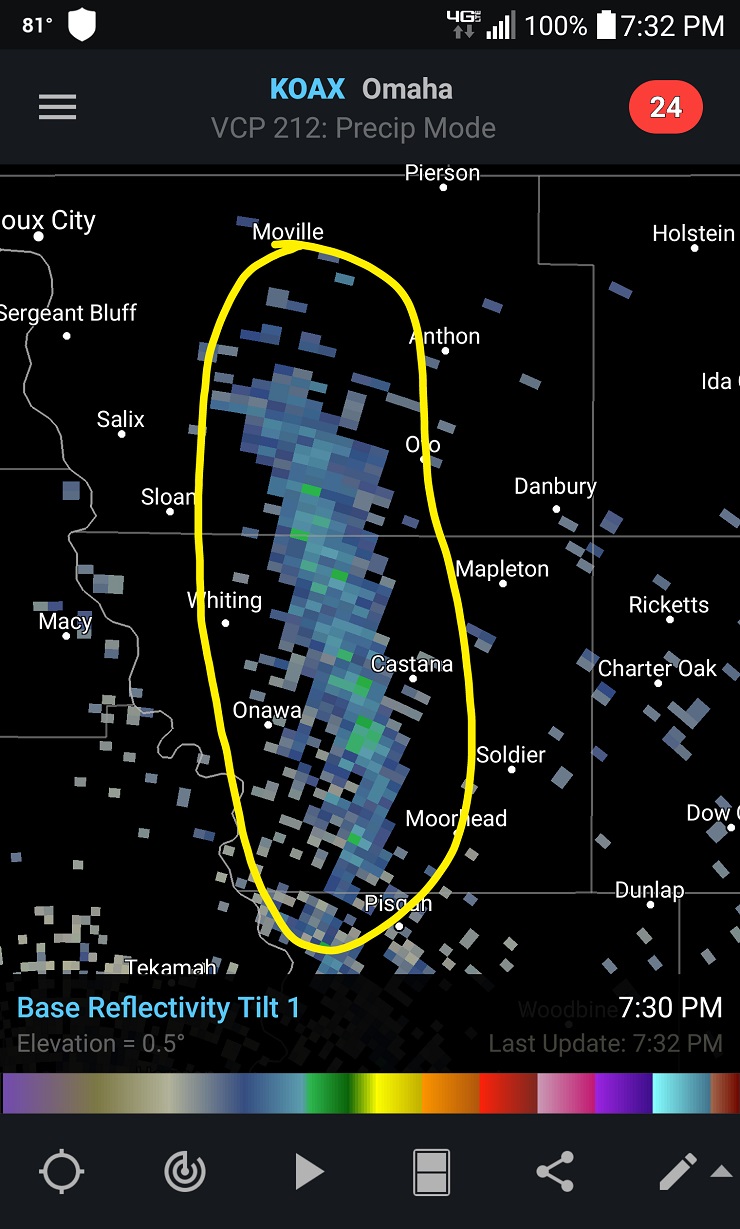 But the weather was really nice yesterday night as shown by this picture from Castana, Iowa in the direction of the weird cloud.

And thus, the radar imagery should have been looking like this (or similar): 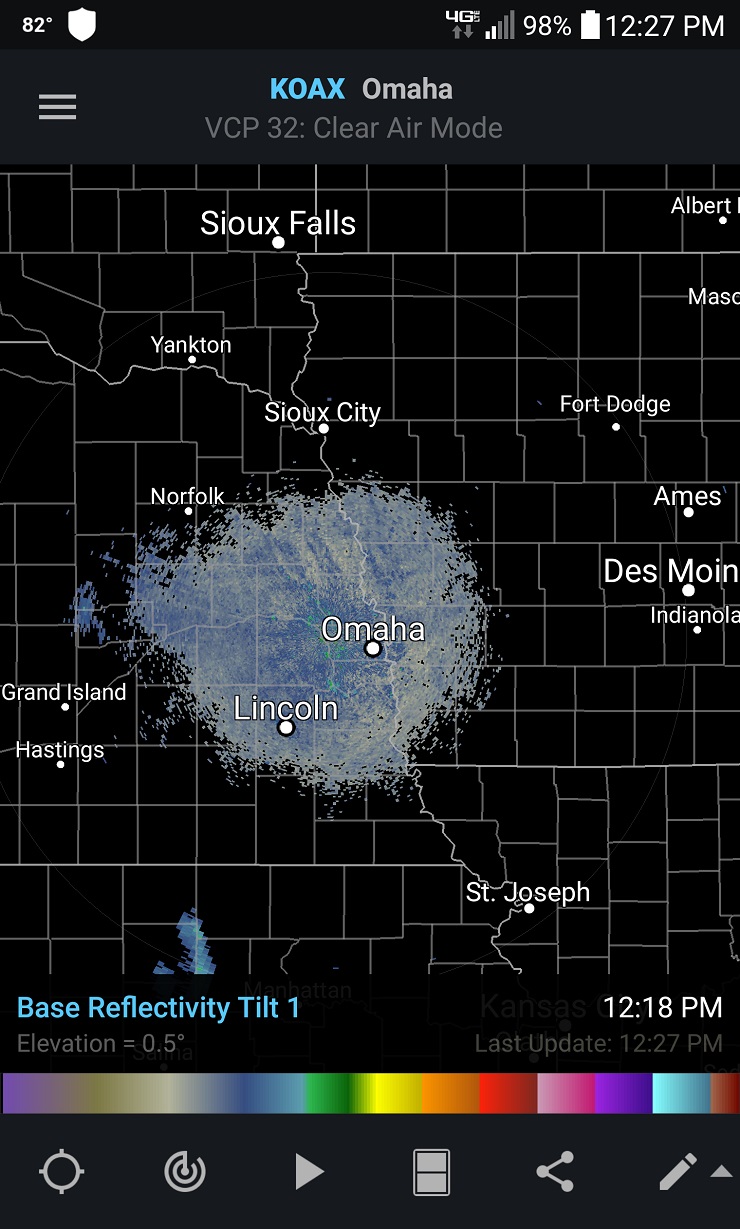 Here some videos of this strange thing moving up north:

And here a video showing what’s ‘normal’ in the region when the sun shines:

As explained by NOAA: Base Reflectivity is a display of echo intensity (reflectivity) measured in dBZ (decibels of Z, where Z represents the energy reflected back to the radar). “Reflectivity” is the amount of transmitted power returned to the radar receiver. Base Reflectivity images are available at several different elevation angles (tilts) of the antenna and are used to detect precipitation, evaluate storm structure, locate atmospheric boundaries and determine hail potential.

UPDATE: According to another reader:  The primary purpose of expert mode within the software is to increase the sensitivity of the radar’s reflectivity, in this case, the Omaha NEXRAD.

Expert mode is used to pick up cold and warm fronts that might not otherwise be visible in standard precipitation mode on base reflectivity. It can also be used to pick up non-weather such as migrating birds, bats or even dense clouds of small insects (locusts, dragonflies, cicadas, even mosquitoes if dense enough).

Beings that I live in Iowa and know the area well, and the fact that this ‘cloud’ is parallel and directly next to the massive Missouri River, I believe this is possibly a mass of more humid air (warmer than the air around it) from the Missouri River area. It could also be a mass of geese which dwell on the river that took flight.

So what do you think this is?