The region of Los Lagos, Chile is currently affected by a toxic red tide.

The algae bloom has already killed hundreds tons of fish and now millions of molluscs are covering the beach. Apocalyptical! 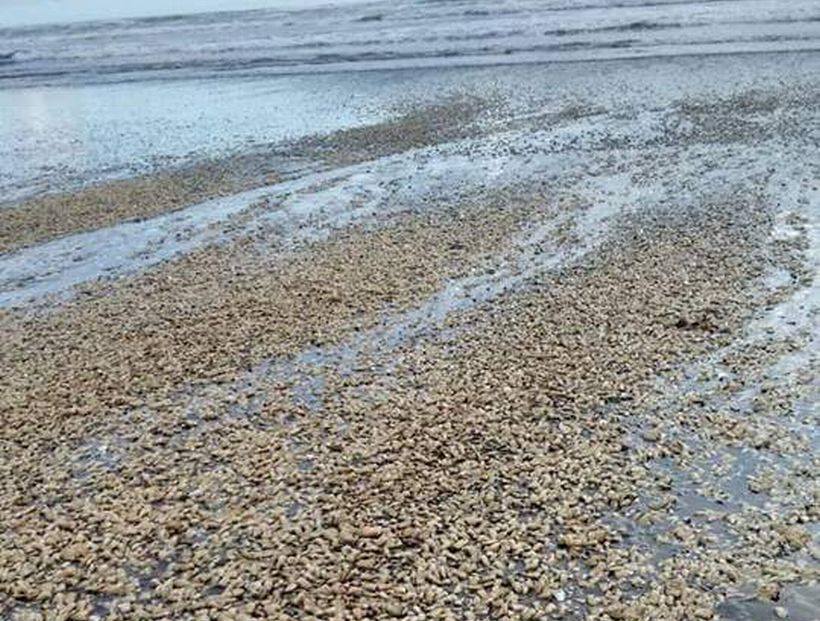 A biblical red tide is currently hitting a strip of 350 kilometers along the Atlantic Ocean in coastal north central part of Chile.

The most affected area are Cucao, Huentemó and Chanquín sector, where millions of shells cover more than 5 kilometers of sandy beaches.

The Terminal Pesquero Metropolitano recorded a decline of 70 per cent of the supply of bivalve shellfish.

This is a human and environmental disaster as dozens of fishing communities count on the rich marine resources of the area to survive.

The Chilean Navy – Armada de Chile – analysed some of the dead bodies and discovered the presence of red tide paralyzing type (VPM).

The decree of catastrophe has been declared in the region in order to restore normalcy in the affected area.

Even if you don’t understand everything in the video, it seems that the situation is catastrophic and that the red tide could last a few months.

As you may remember, sardines died at the beginning of the month in the same area.

Hopefully, this is all going to stop now!