An extreme sandstorm is currently sweeping through China’s Xinjiang Uygur Autonomous Region, affecting local traffic during the May Day Holiday.

The severe dust storm caused severe air pollution disrupted road traffic and caused flight cancellations and delays due to a dropping visibility to less than 900 meters. 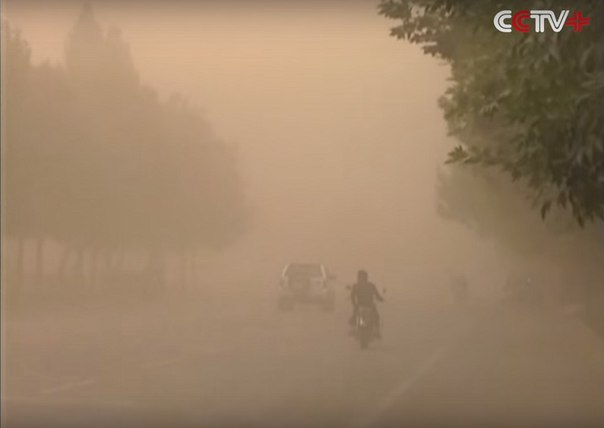 The local meteorological department said that the sandstorm is expected to last through today afternoon. 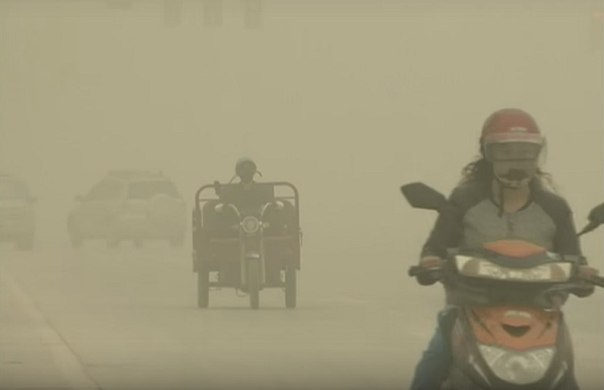 Another sandstorm coupled with winds of up to 70 kilometers per hour also hit Golmud County in Haixi Mongol and Tibetan Autonomous Prefecture of Qinghai Province, disrupting traffic in several streets. 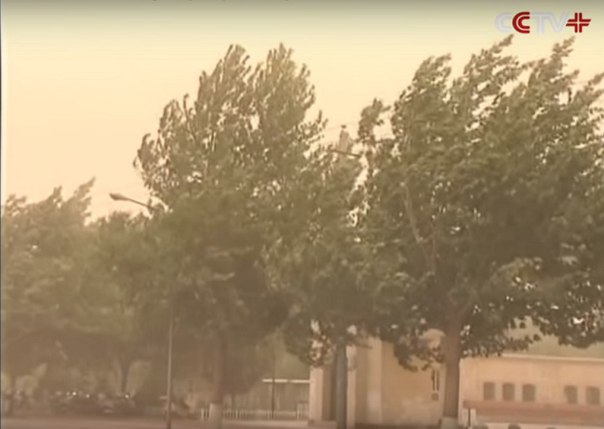 Local forecasters said that sandstorms and high winds are expected in multiple districts of the prefecture within the next 12 hours. 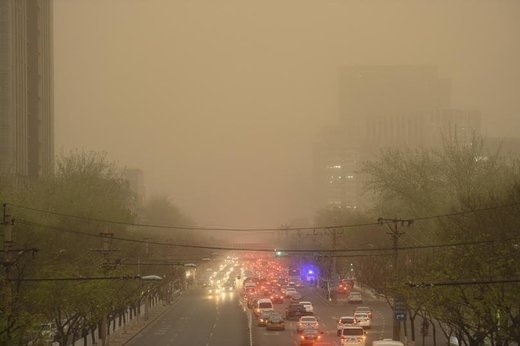 In recent years, China has seen extremely high levels of air pollution particularly in the northeast, the industrial heartland of the country.

It seems to be normal in this region of China.