The animals were killed at once, while the shepherd and his helpers managed to survive. 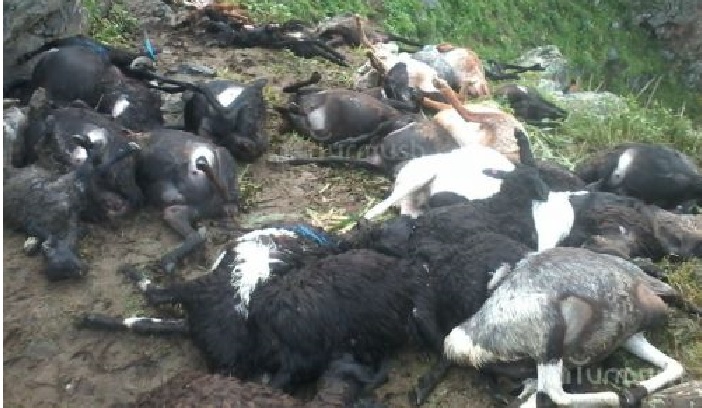 The terrifying event occurred between 9 and 10 pm on a pasture in the village of Suuk Tobo in the Aksy district, Kyrgyzstan. 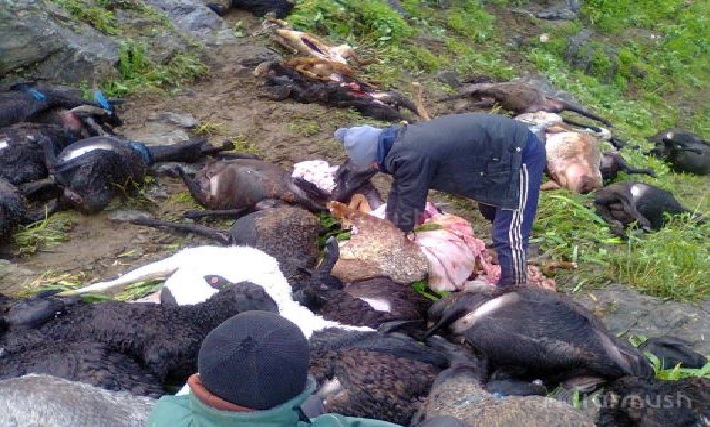 The shepherd named Umar with two helpers were taking care of a herd of about 600 sheep and goats. 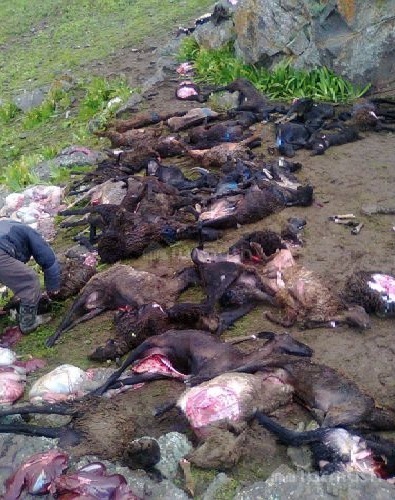 As the pasture in Suuk Tobo is difficult to reach at night and under rain, the shepherds decided to wait the morning to reach it. 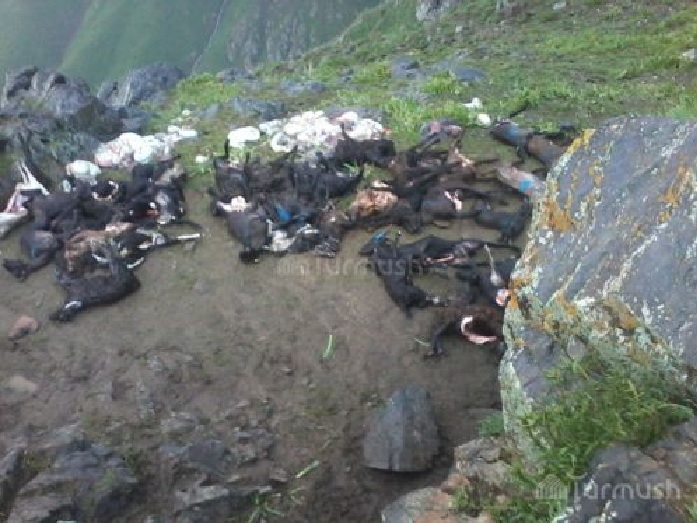 While the shepherd herded the animals, the camp and tents were set up by the helpers. 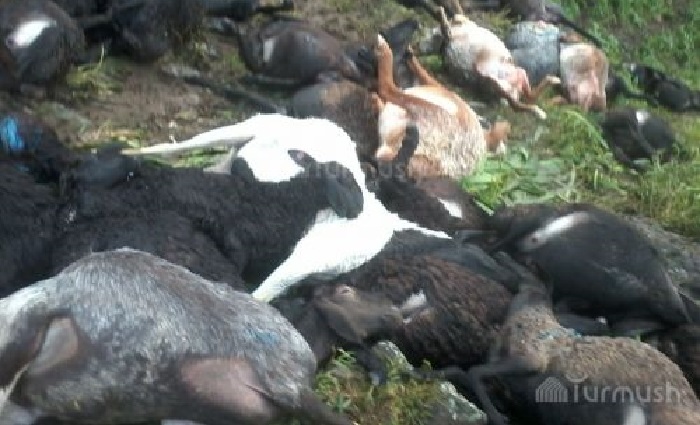 It is when the men went into their tents to change their wet clothes, that the lightning struck and killed the 120 sheep at once! 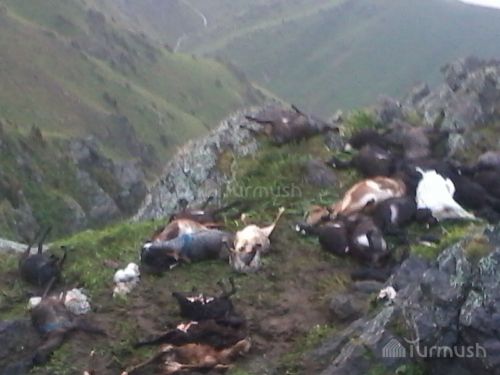