Talking about weird things going on in the skies!

Well look at this mysterious cross that suddenly appeared in the sky of Oldsmar, Florida! It’s baffling!

I don’t know if these pictures are real. I just found them awesome. And wanted to know what you think about. 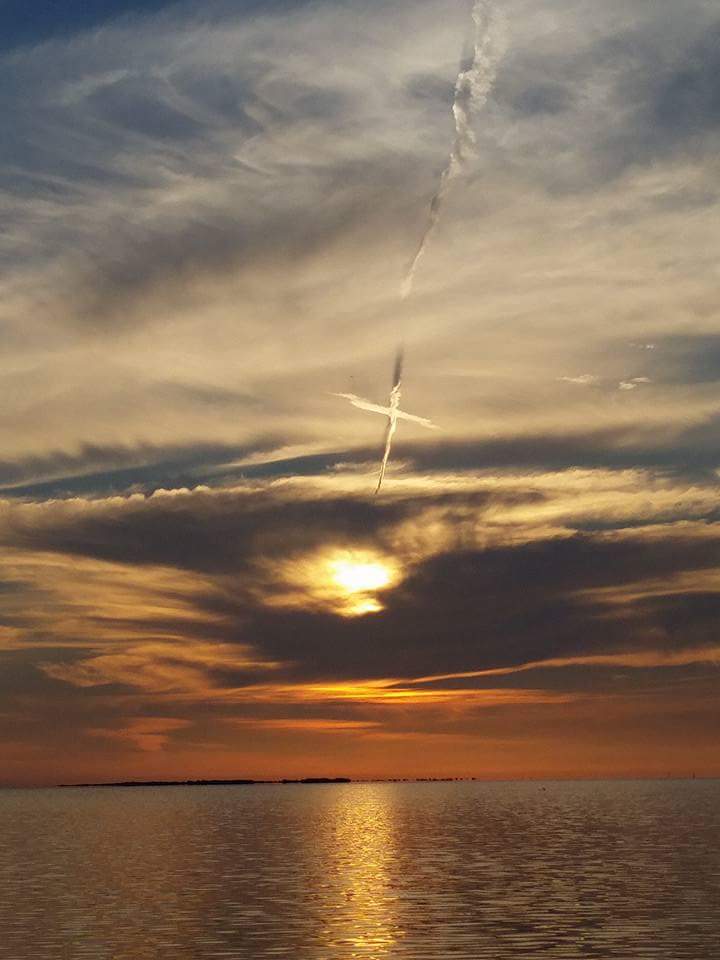 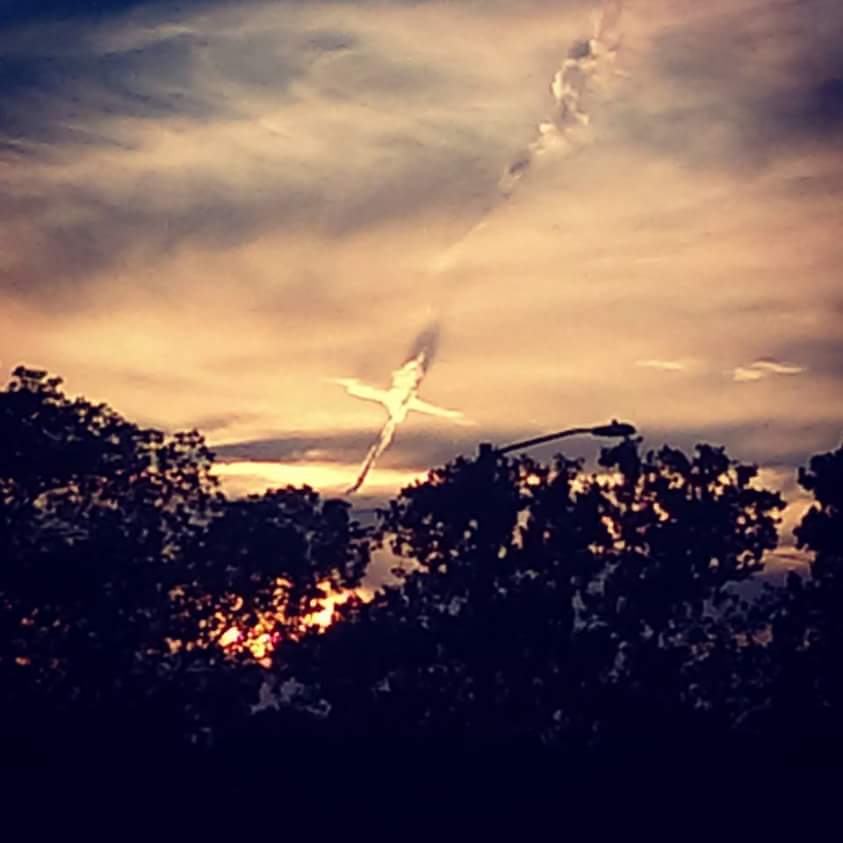 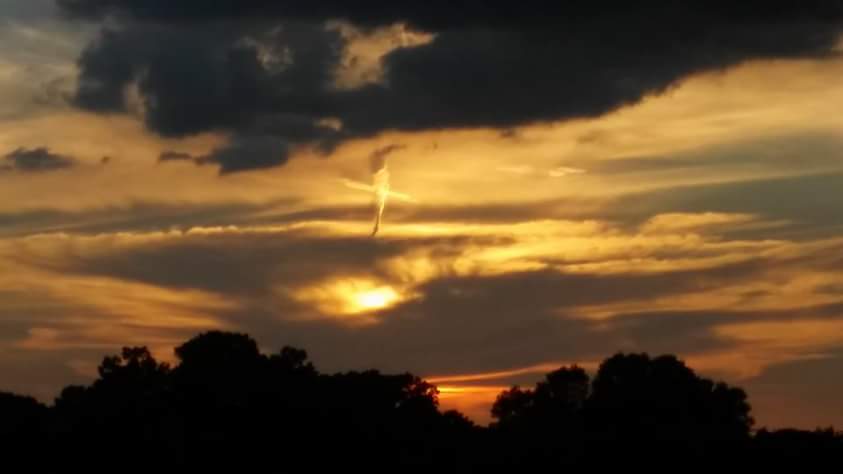 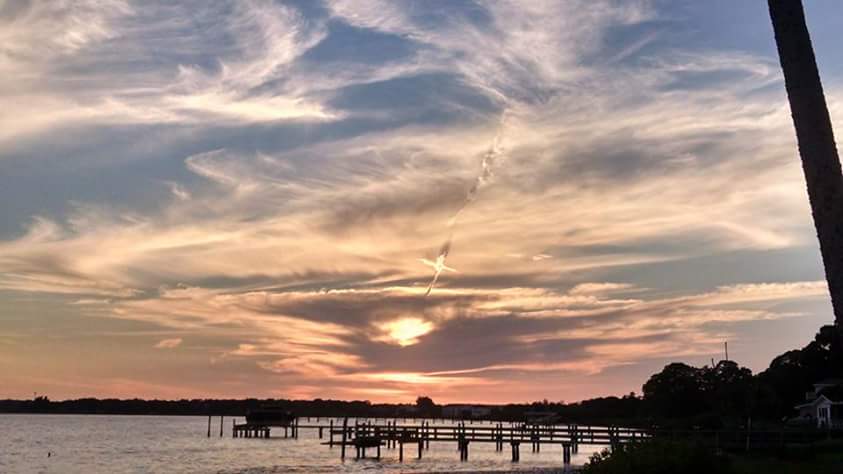 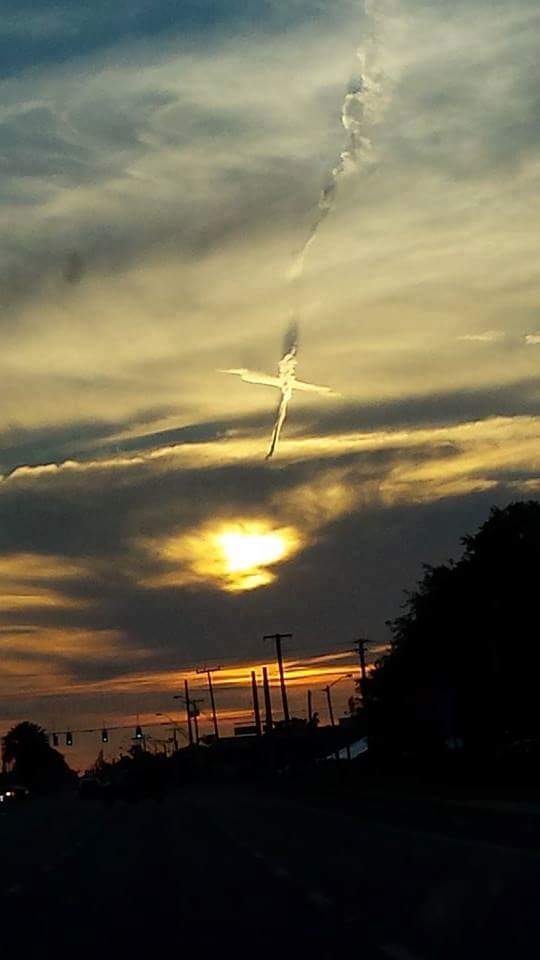 According to La nueva era de la tierra, the cross appeared in the sky of Oldsmar on June 2, 2016 at sunset.

I would go for chemtrails / contrails as you can see a smoke trail coming from above! Maybe two planes just crossed perfectly to form this cross n the sky.

How do you think it formed?