Hundreds of dead birds have been mysteriously washing up on the shore near Gallagher Beach and the Union Ship canal in Buffalo.

The water surface is litterally covered with dead birds and nobody knows why and speak about it.

The New York State Department of Environmental Conservation is aware of the bird kill, but has thus far determined it to be a natural occurrence. Really?!?

Wildlife biologists have investigated the entire length of the shoreline area. The bird mortality they observed was limited to first year, ring billed gulls. They also observed numerous healthy Ring-billed gulls and other species of water birds. But officials did not observe any evidence of avian disease or environmental issues. 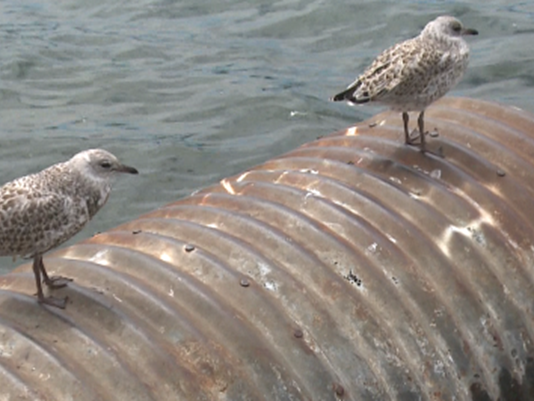 According to the New York State Department of Environmental Conservation (DEC), the bird kill is linked to annual compensatory mortality common to large colonies of colonial water birds.

The die off of young birds among colony birds like this is very high…sometimes as much as 80 percent. There’s starvation, there’s predators, there’s all sorts of things that can hit them hard.

There was a weird substance leaking from A nuclear power plant in Lake Ontario.

So what are your theories about this mass die-off?