The 61G lava flow extending southeast of Pu’u ‘O’ō entered the ocean, as of 1:12 a.m. HST., for the first time in three years, but poses no threat to nearby communities.

As shown in the following pictures, the 61G lava flow extending southeast of Pu’u ‘O’ō entered the ocean on July 26, 2016. However, seismicity and deformation rates throughout the volcano remain at background levels. Finally, the lava lake at Halema’uma’u Crater continues to circulate and intermittently spatter.

The depth of the magma reservoir was estimated at 25.5 m (84 ft) below the crater rim. Seismicity is within normal, background rates with tremor fluctuations associated with lava lake spattering. The summit sulfur dioxide emission rate ranged from 2,400 to 5,000 metric tons/day.

The flow reached the coastal road for emergency access on July 25 at 3:20 p.m. local, and crossed it in 30 minutes.

Areas of incandescence remain visible in overnight webcam views of the active lava flow field, marking lava tube skylights and areas of active lava on the pali and along the flow as it extends towards the coast.

The new ocean entry (location where lava meets the sea) for Flow 61G is awesome but dangerous to visit. This ncredible footage from Hawaii captures lava from active volcanoes engulfing a forest: 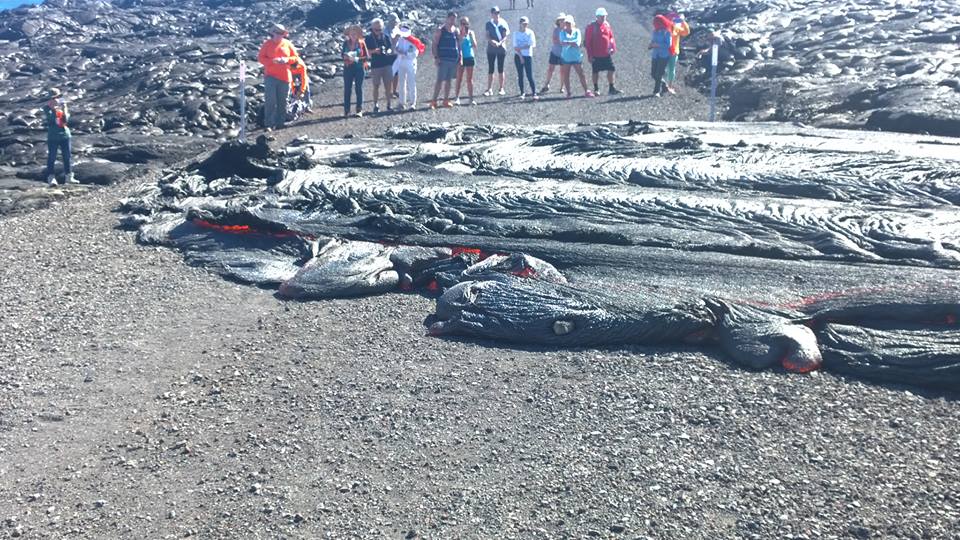