A tornado ripped through Gauteng, north east of OR Tambo International Airport damaging buildings and injuring people in Tembisa, near Johannesburg.

The extreme weather event was accompanied by big hail stones and heavy winds that even damaged an hospital. 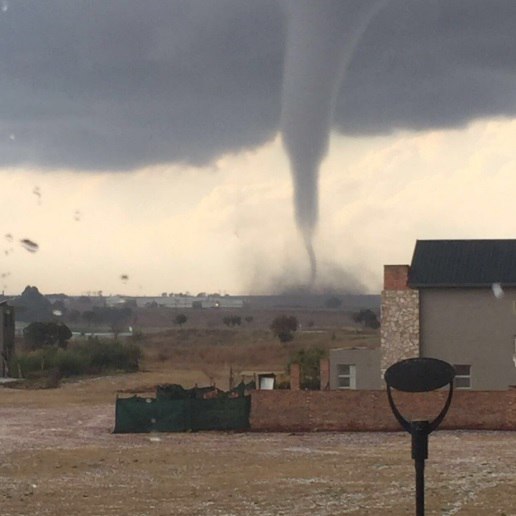 Up to 20 people were injured and were taken to hospitals after a strong twister swept through Tembisa, South Africa. 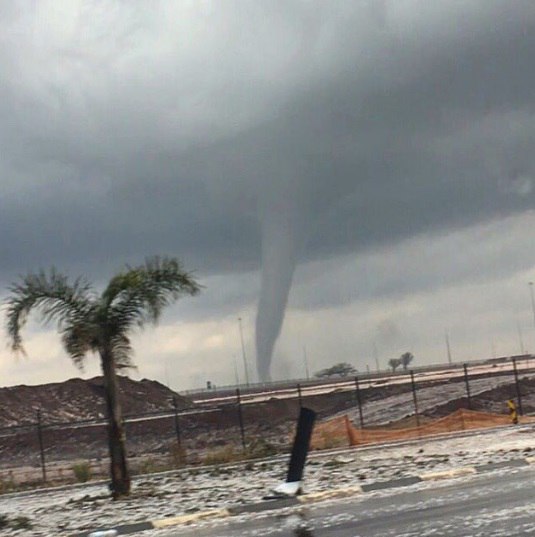 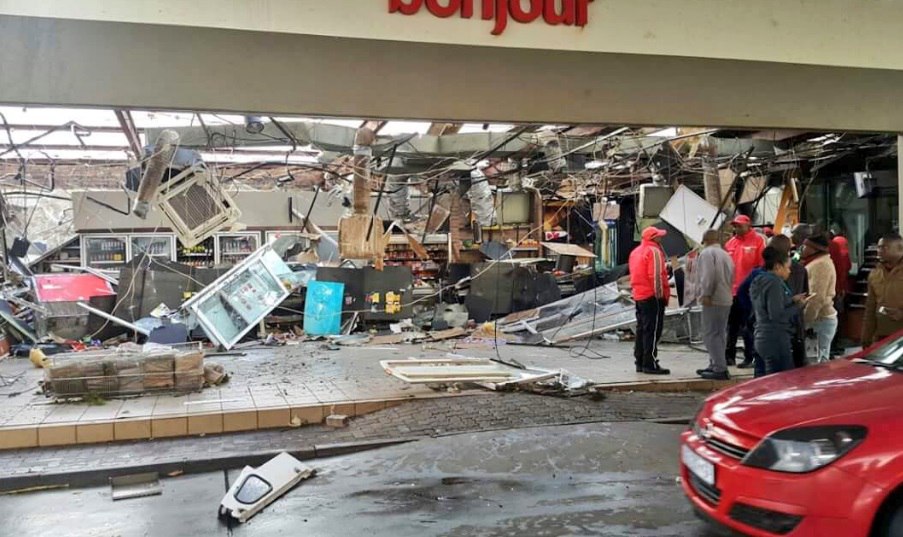 Some of the victims had to be pulled out from under the rubble of the destroyed building. 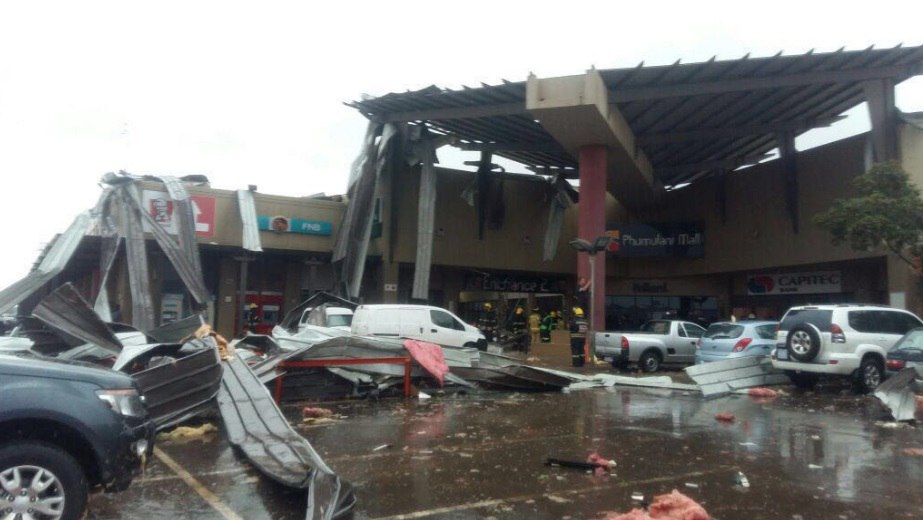 The city hospital was also heavily damaged but noneof the patients and hospital workers have been injured. 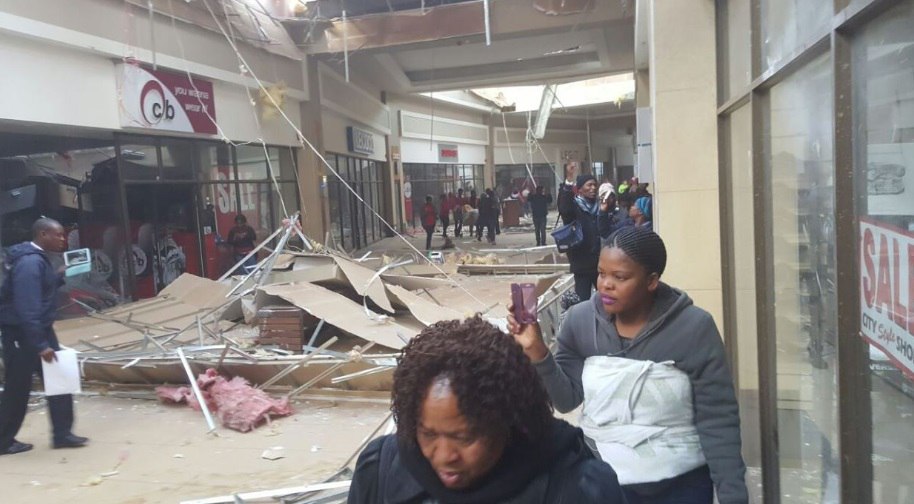 This is the second tornado to hit the province this week, with the first one in Magaliesburg yesterday. 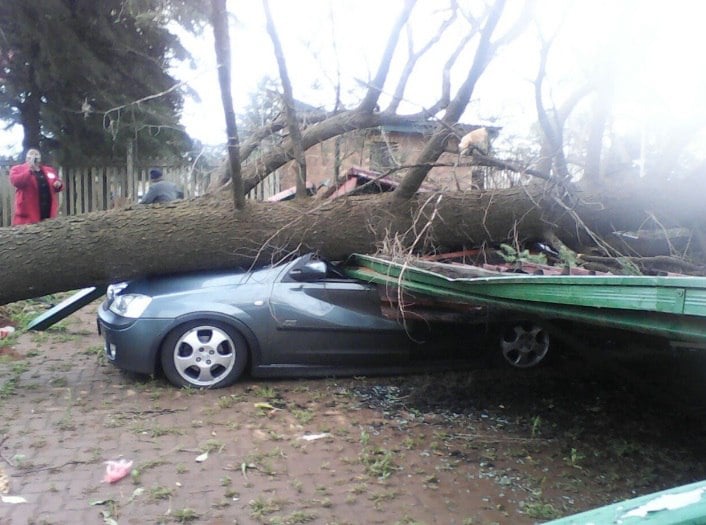 There has been widespread hail and heavy rain around the country with three people killed in areas in and around Durban. 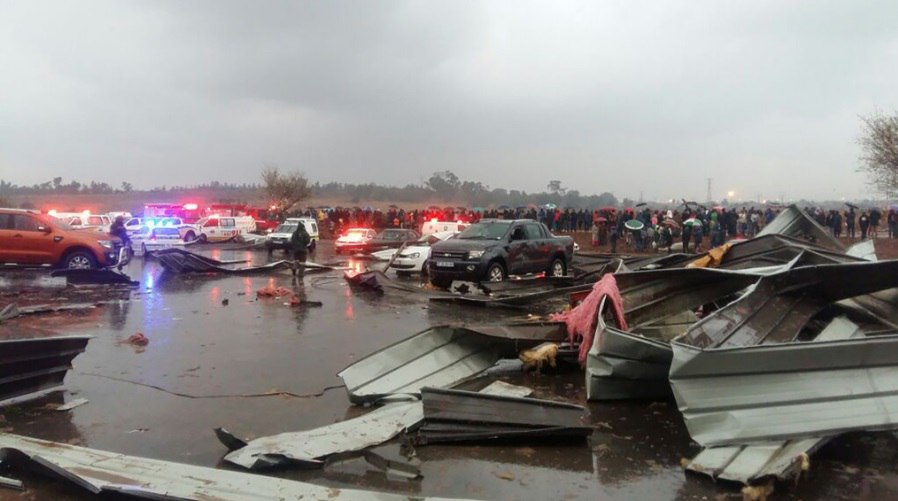 Major flooding has been reported in and around Durban and heavy snowfall in the Free State and Eastern Cape.

Widespread showers and thundershowers and low temperatures are expected to continue until Thursday.

Here the tornado going past Koesterfontein Magaliesburg on 25/07/2016 at around 3:30pm: