More than 21,000 lightning strikes have been recorded over a 12-hour period from midday yesterday on the West Coast.

Consequently, power was knocked out to the entire state of South Australia on September 28, 2016.

Power is out across the entire state of South Australia after fierce storms triggered widespread blackouts.

It is believed lightning bolt struck a transmitter around 4.18pm ACST, which caused the entire network to crash. 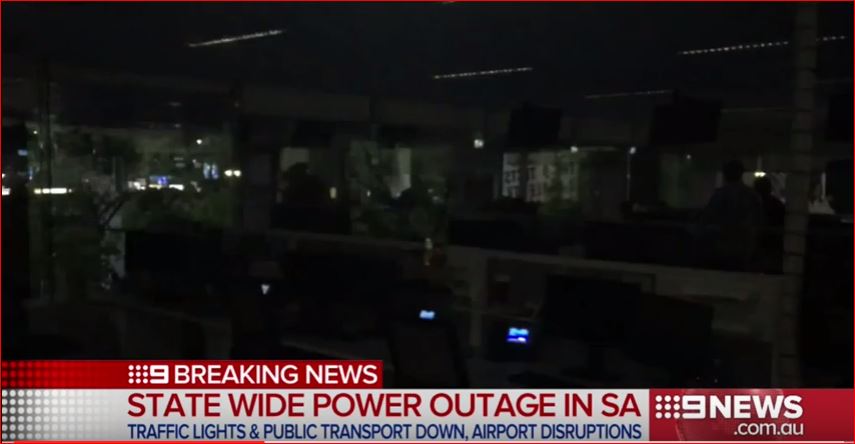 Adelaide’s CBD has been plunged into darkness, with all traffic lights down.