Mount Rinjani on Lombok, Indonesia, erupted on September 27, 2016 sending a column of ash rising up to 2 km in the sky.

The plume of ashes enveloped Mataram city and hampered flight at the Lombok international airport. 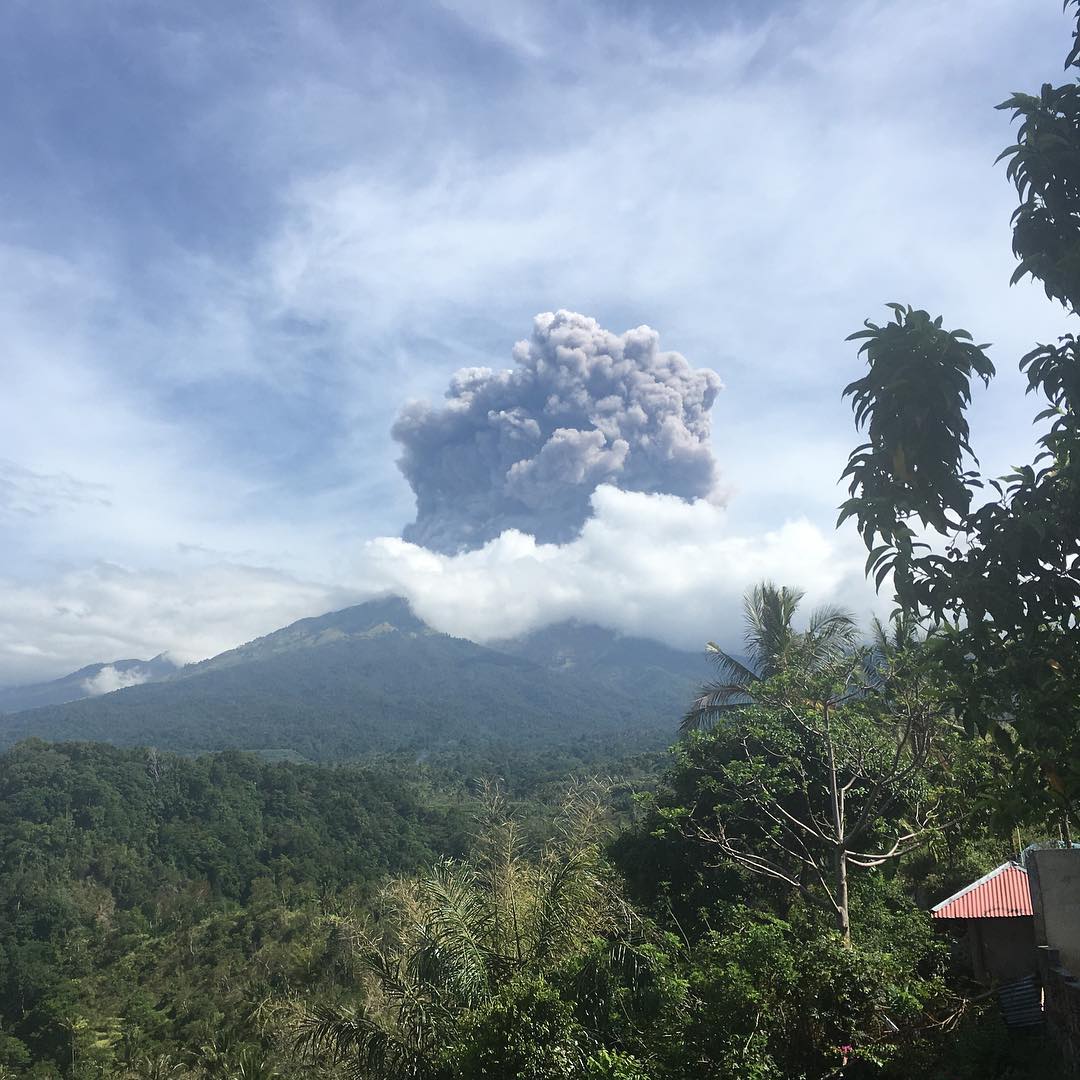 The cloud of ash is spreading southwest of the crater and fall down on the provincial capital of Mataram city. 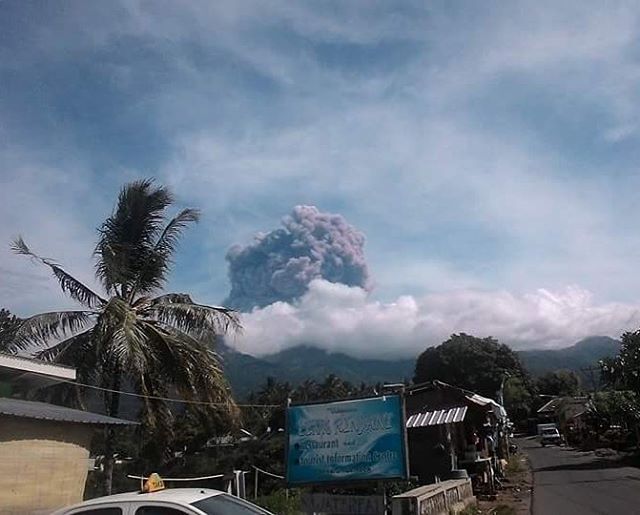 International flights at the Lombok international airport have been disturbed since then. 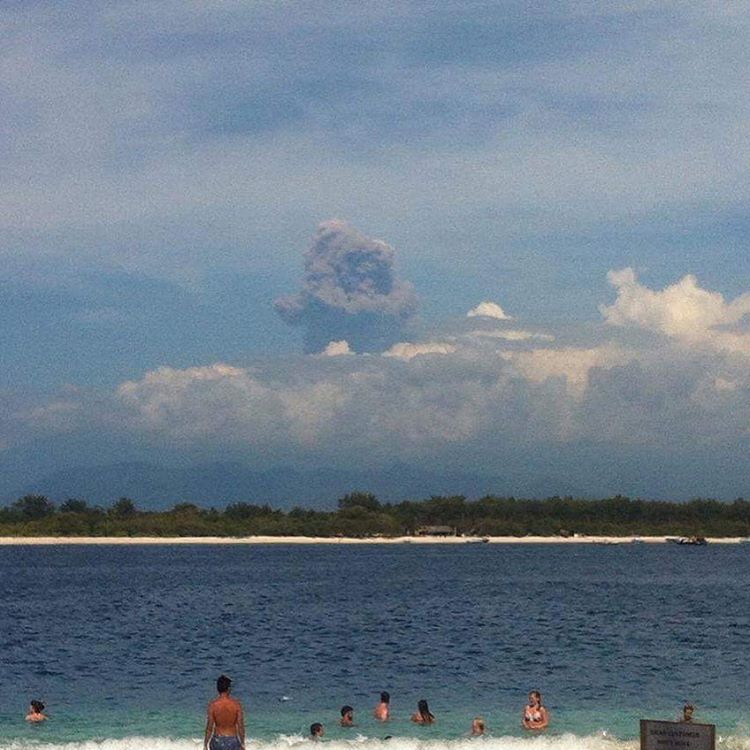 Authorities are preparing more than 300,000 masks for local people. 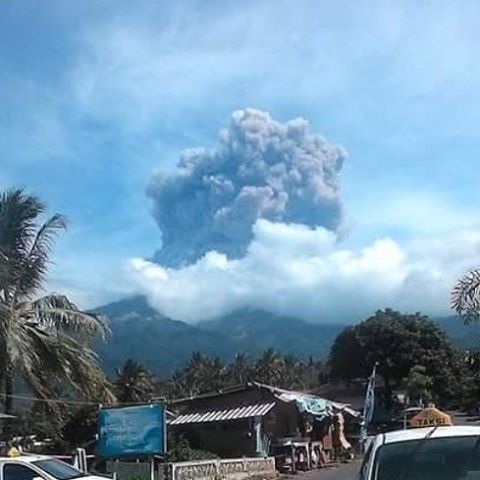 Indonesia has more than 16,500 islands and 129 active volcanoes. One of them just exploded today!