Earth’s magnetosphere was briefly cracked after a powerful geomagnetic storm propagated from the sun last year.

The blast was registered in June 2015 after a huge cloud of plasma released from the Sun struck the Earth at a speed of some 2.5 million kph. 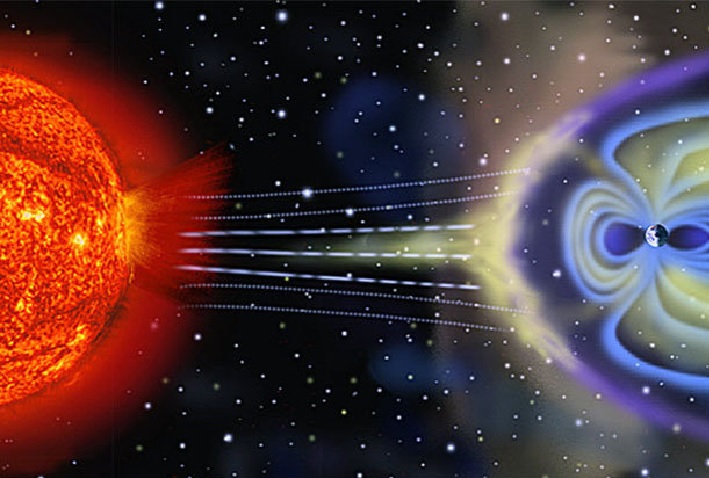 Our protection from external radiation shortly disappeared in 2015, based on the analysis of data from India’s GRAPES-3 muon telescope, the world’s most sensitive cosmic-ray monitoring system.

The impact of the solar storm caused the Earth’s magnetic shield to compress, leading to massive geomagnetic atmospheric anomalies.

The new data indicate a transient weakening of Earth’s magnetic shield, and may hold clues for a better understanding of future superstorms that could cripple modern technological infrastructure on Earth, and endanger the lives of the astronauts in space.

Here a video about this imprecedent storm:

The magnetosphere, the Earth’s energetic protecting shield, prevents the highly-dangerous radiation of the Sun from destroying life on the planet. However, powerful geomagnetic storms can deform the magnetosphere, allowing energetic particles to reach the surface.