A nasty polar vortex swept across northern Russia these last days. But it made for some spectacular sights.

One of the best was the hundreds of beach ball-sized ice boulders that washed up in Nyda on the shores of the Gulf of Ob, Russia. 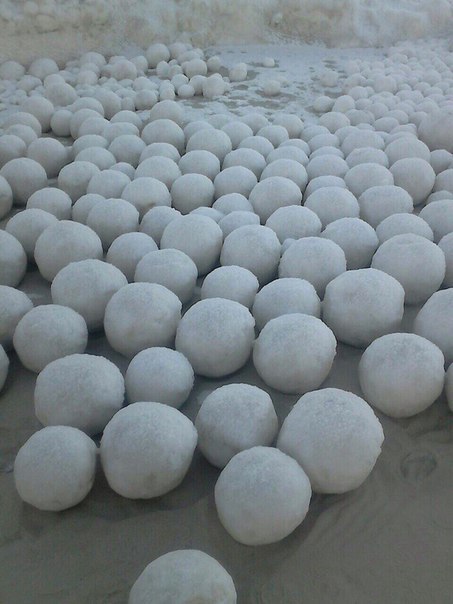 Residents of Nyda, a village on the coast of the Gulf of Ob witnessed an unusual natural phenomenon as hundreds of ice balls with a diameter of 10 to 25 centimeters washed up on a beach after a heavy storm. 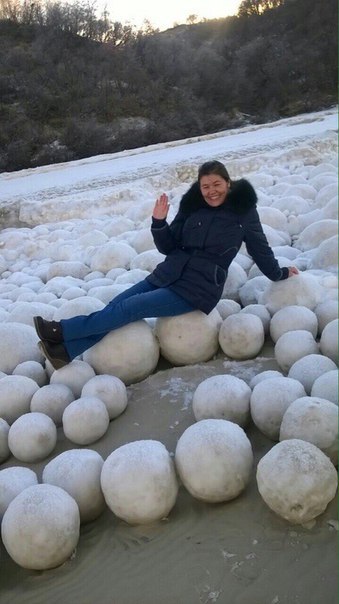 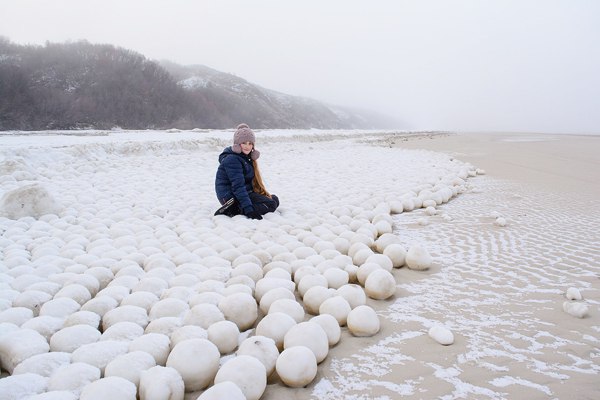 Ice balls are an incredible winter phenomenon, which takes place when the water temperature falls to just below freezing. 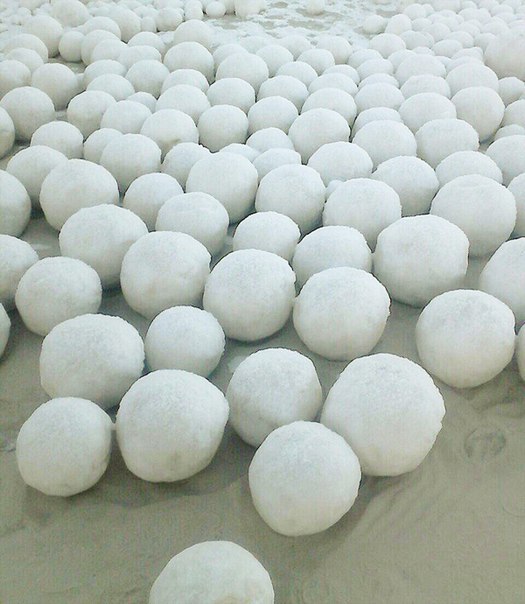 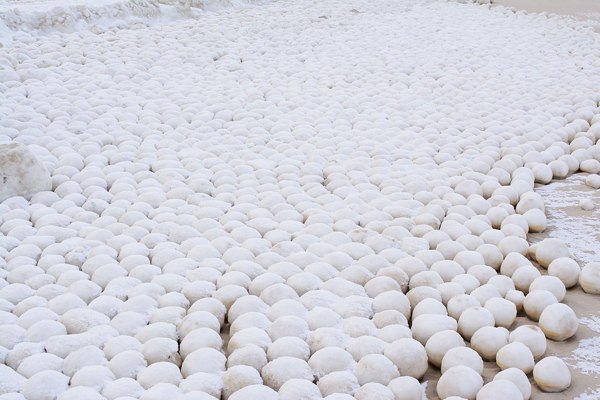 The balls, weighing up to 75 pounds, form when chunks of ice break off the large sheets of ice in the Bay. 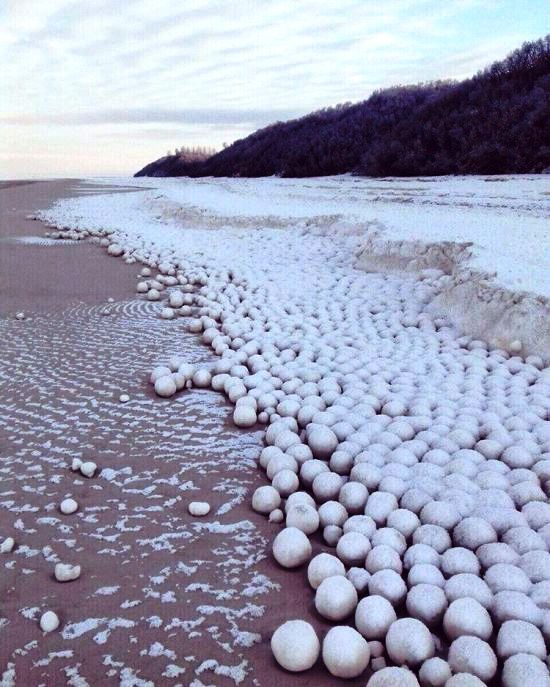 The motion of the waves then smooth and round the edges of the ice, molding it into spheres similar to how stones are shaped. 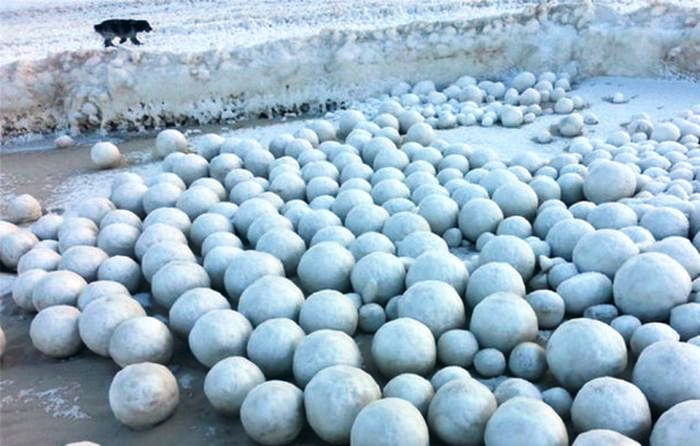 The wind pushes the boulders to the shore and they don’t sink because solid ice is less dense than liquid water.

The result somewhat resembles a giant bowl of Cocoa Puffs. Pictures and news on VK.com