It is the, first cyclone to hit the province of Inhambane since Favio caused destruction in February 2007. In 2008, intense tropical cyclone Jokwe made landfall higher up the coast of Mozambique.

Dineo, the equivalent of a category 1 hurricane on the Saffir-Simpson scale, made landfall near the town of Inhambane, Mozambique at around 1630 GMT.

And the storm suddenly envelopped over Maputo:

Wind gusts of up to 180 km/h were reported in affected coastal areas. 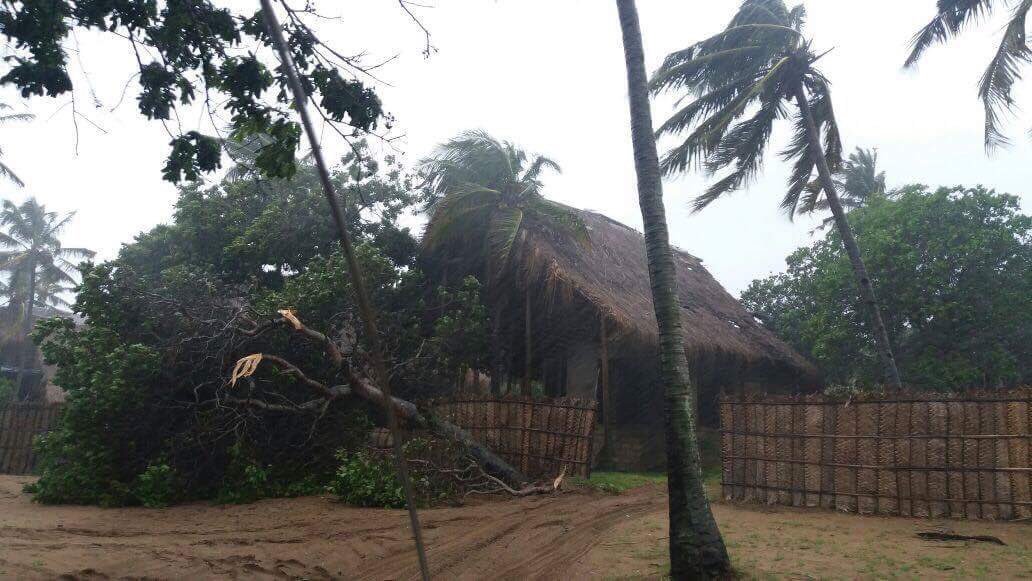 According to WMO, sainfall may exceed 150mm in 24 hours, both in coastal areas, but also well inland.

Storm surge will be 2-3 meters n the Bay of Inhambane, which is a popular tourist destination.

But it will coincide with high tide to produce very hazardous waves and storm surge.

After landfall, Dineo weakened but still had the potential to bring heavy rainfall to parts of Zimbabwe and South Africa.