The volcanic urest continues and spread across the world.

Rivers of lava flow onto slopes of Mount Etna after eruption

Lava can still be seen flowing onto the slopes of Mount Etna, more than one week after the Italian volcano dramatically erupted as shown in the video above filmed on March 28, 2017. 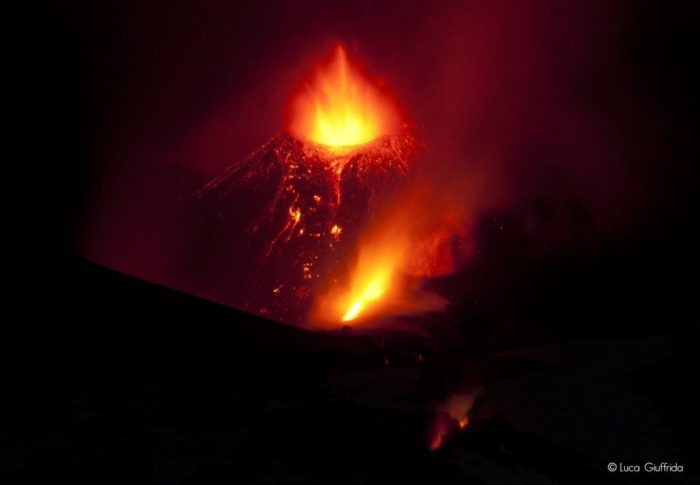 Ten people were injured in the latest violent phreatic-magmatic eruption on March 16.

The explosive eruption of the Kambalny volcano continues

The explosive eruption of the volcano continues. Ash explosions up to 19,700-26,200 ft (6-8 km) a.s.l. could occur at any time. Ongoing activity could affect international and low-flying aircraft. 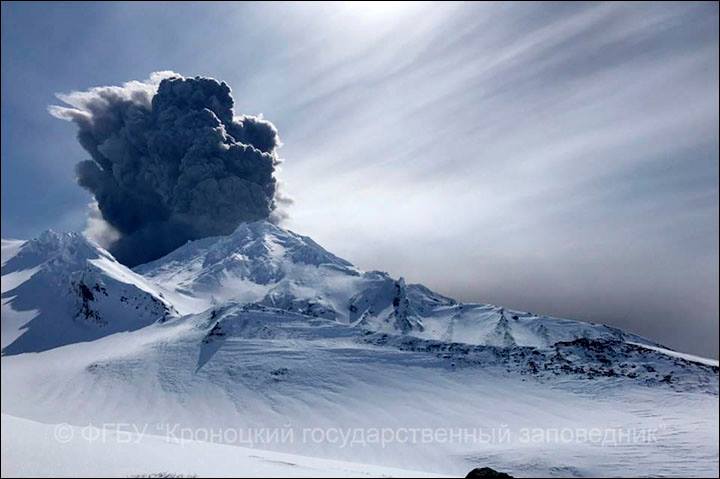 This is the first serious volcanic event at Kambalny in the modern history of scientific observations. According to researchers, a strong eruption occurred 600 years ago. There is information about its increased activity about 250 years ago. 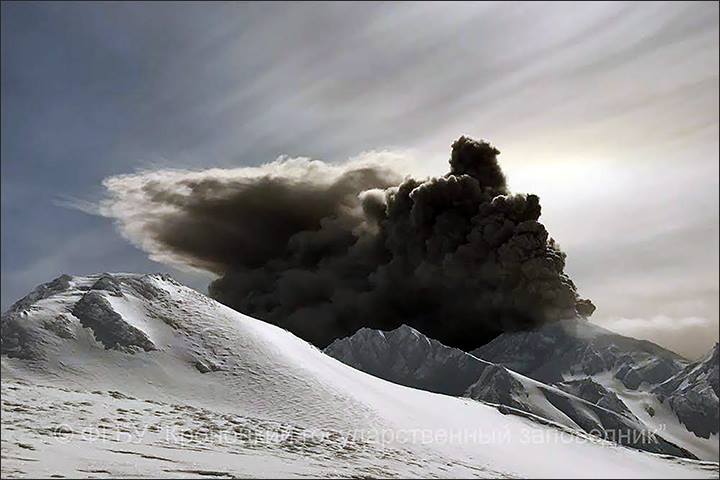 For now it is unclear about a lava outflow and whether the volcano will continue its activity or not. The most interesting and – at the same time – the most difficult for research is that the volcano did not erupt in historical time. That is, it was silent for several hundred years, woke up and now we can just observe how it behaves.

The volcano is emitting small plumes of of water vapor and diluted ash. Intense incandescence was reported over the last 2 nights over the crater. 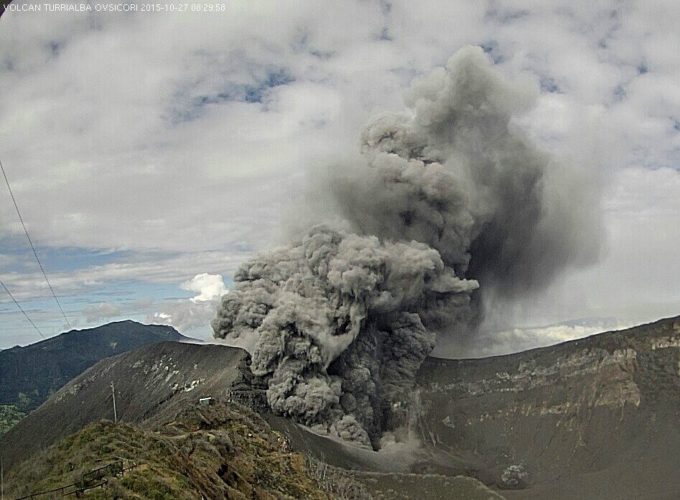 Today morning an ash eruption occurred and is still going on now. The direction of the wind varies between the South and Southeast, carrying ash to places like La Pastora, Finca la Central and Turrialba Centro. Ashfall has been reported in Lajas de San Ramon in Turrialba, San Antonio in Santa Cruz de Turrialba and a smell of sulfur in Santa Teresita de Turrialba.

Gas-steam plume with some amount of ash extended 108 km to the east-north-east from the volcano. The explosive eruption of the volcano continues. Ash explosions up to 19,700-26,200 ft (6-8 km) a.s.l. could occur at any time. Ongoing activity could affect low-flying aircraft.

Update on the volcanic activity of Anak Krakatau

After the eruption of the 17-18th February, activity at Anak Krakatau has remained the same, or has declined slightly. A steady degassing plume can be observed, however no eruptions were observed.

Lava-glow is not seen in the crater like was the case during February.

Emissions of gases and ash from the summit of the Nevado del Ruiz volcano were observed on March 25. This emission was associated with a seismic signal related to the movement of fluids inside the volcano, recorded at 08:05 (local time).

The ash and gas column reached a maximum height of 1770 m above the top of the volcano and dispersed in the north-northwest direction.

Since about a week, Sabancaya volcano explodes 37 times per day. However, the earthquakes associated with the rise of magma (hybrid) have decreased in number and in power.

During the last eruption, the column of gas and ash reached ~ 2700 meters above the crater, spreading over more than 40 km to the northwest, north and south.