The new text is about a young virgin girl arguing with her vulva about who is more appreciated by men. To prove who is most appreciated, the woman and vulva separate from each other.

The vulva is then used and abused by every man it encounters, while the woman offers herself to a gang of men who trample her.

Finally, both agree the best solution is to stick together and are reunited by the narrator through the act of sex.

Yes, Rosendorn interestingly explores whether a person can ever be separated from their sexuality.

The newly discovered poem fragment was found in the archives of Melk Abbey in Austria and is thought to have been written towards the end of the 13th century, 200 years younger than previously thought.

How do you think sexuality was viewed in the Middle Ages? But one thing is sure, sex remains a constant theme of the human evolution and experience, regardless of time, place, and culture. 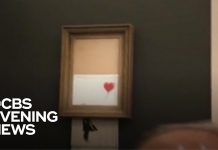