Was it a meteorite? Was it an earthquake? Did a plane go sonic? Mystery surrounds a loud bang that was heard across parts on the North-West coast of Tasmania on Saturday around 2am.

Mystery surrounds a noise and rumble that was heard across areas of the North-West Tasmania, including Waratah on Saturday early morning.

Geoff Chapman from Henrietta, Tasmania, wrote in a Facebook group:

“At 0148am today, I was outside and heard the unmistakable rumble and sonic boom and a feathering sound as it receeded of a meteorite. I looked around as best as I could but I could not see any evidence. It was very similar to approx 2 years ago and that one passed over us in Tasmania and landed in the sea south of Australia mainland. “Has anyone heard any reports about it yet?”

Another person wrote on the same board:

“Did anyone else happen to see a big bright light and hear a big bang around 2am this morning?”

The amazing green fireball featured in the below video was captured disintegrating in the sky over Jacksonville, Florida on June 10, 2021:

“Saw a bright flash which lit up the sky around 2am in Wynyard,” Richard Middap posted.

“Gone over Waratah. It broke a window,” Judith Summers wrote.

Waratah resident Val Flemming said her window was left cracked after hearing and waking up to rumbling, shaking windows and a loud sound.

“It was clear it wasn’t thunder, I know what thunder sounds like,” she said. It could’ve been an earthquake, or a sonic boom. I’ve never heard anything like it in my life.”

She said friends in Waratah, Stowport and Wynyard had all told her they had heard the noise too.

Tasmania Police said there was one report of a loud bang from Wynyard about 2am.

“It was believed to be a meteorite and believed there was a four-second explosion from Burnie way,” the Tasmania Police spokesman said. “Burnie units didn’t locate anything.”

The Geoscience Australia confirmed there was no earthquake activity in Tasmania early Saturday morning. The Australian Space Agency has been contacted.

What do you think of that mysterious explosion noise? [The Advocate] 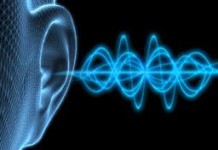 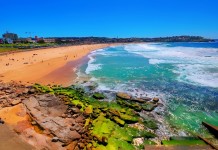 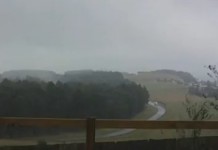 Strange Sound From The Sky In Tasmania, Australia