A blockbuster snowstorm is set to bury parts of Rockies with areas from Montana to New Mexico receiving more than 30 inches of snow. Even Denver could see its first snowflakes of the season.

A potent, winterlike storm is forecast to spread from the Northwest and across the Rockies next week and deliver widespread accumulating snowfall that will be a welcome sight for snow lovers and an early-season boon to ski resorts. Snowfall totals could be measured in feet rather than inches.

Some of the heaviest snowfall accumulations are expected to reside somewhere near Wyoming’s Interstate 25 and U.S. Highway 26 corridors, where 1-2 feet of snow and up to 30 inches are possible. 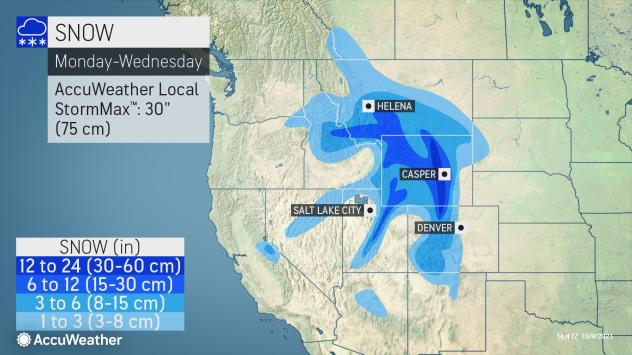 It may turn into a race to see which of Colorado’s ski resorts can open for the ski season first, as accumulating snow and temperatures low enough to start up the snow machines are expected. In recent years, Arapahoe Basin, Loveland and Keystone Ski Resorts are typically some of the first to open up to the public, and that could be the case again this year.

There will be adverse weather to deal with across the West prior to the arrival of the larger storm system. Mother Nature seemingly flipped a switch in the West, as parts of the region have gone from bone-dry for an extended stretch to enduring multiple storms within a week’s time.

Daily chances for rain and mountain snow will occur across the West through the middle of next week. Las Vegas observed its first measurable rainfall since Sept. 12 on Friday morning, as did Fresno, California. Fresno’s dry stretch of weather extended back to the Spring, as the rainfall on Friday was the first measurable rain there since April 25. 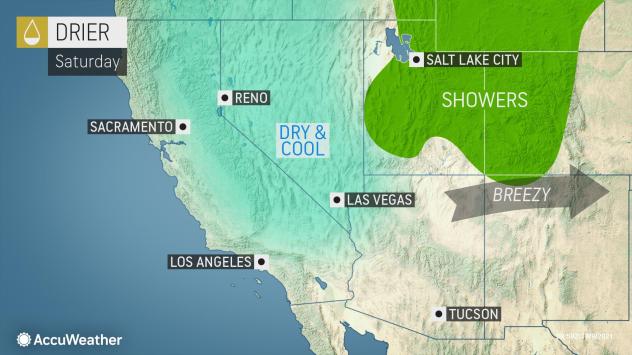 The unsettled weather shifted into the central Rockies on Saturday, bringing along more clouds than sunshine and rainy weather for places like Salt Lake City and Grand Junction, Colorado. A lack of cold air in place kept snow levels at or above 9,000 feet, well above the tree line on most mountains, leading to a picturesque contrast between the snow-covered mountain tops and the yellow aspen trees in some spots.

With the exception of a few lingering showers across southern Colorado and northern New Mexico, conditions will settle down across the Rockies during the day on Sunday, as the region will largely be in-between storms. The quiet weather will not last long though, as the next storm to target the western United States will begin to hone in on the Pacific Northwest. 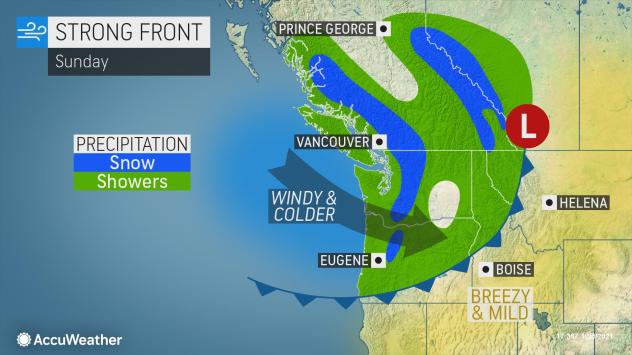 Wet weather is likely in Seattle and Portland on Sunday as the next storm rolls in; however, the main event is likely to occur across interior portions of the West early next week.

The storm is expected to dive deep into the Four Corners region between this coming Monday and Tuesday, funneling cold air across the Rocky Mountains. The low pressure system will also be able to draw in moisture all the way from the Gulf of Mexico, creating a recipe for a strong winter storm.

Snow levels will likely be the lowest of the season thus far, potentially proving troublesome for travelers along mountain pass roads early next week. Some of the trickiest travel spots next Monday will likely be across portions of Idaho, southwestern Montana and northwest Wyoming. Travel along Interstate 15 and 90 will likely face wet conditions across the lower-lying valleys and snow-covered roads in the higher locales. Travel in and around Yellowstone National Park may also prove to be difficult. 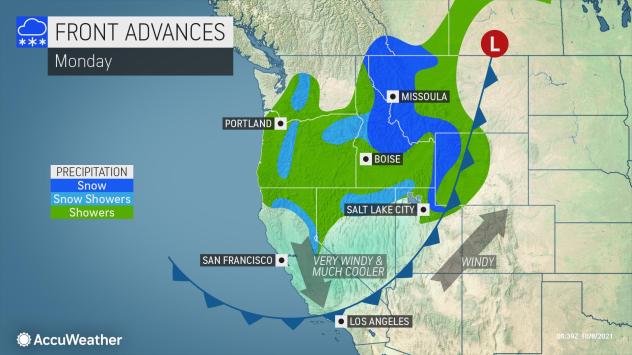 Wintry weather will likely continue in many of these places into Tuesday as the storm expands in size. By Tuesday, Utah’s Wasatch Range, the Colorado Rockies and the mountainous terrain of Wyoming will all be in line to see accumulating snowfall. It is not out of the question that many ski resorts in this general area could pick up 3-6 inches of snowfall or more between Tuesday and Wednesday.

AccuWeather meteorologists currently believe the heaviest snow will fall across Wyoming from this storm. Strong wind gusts occurring at the same time as the snowfall may also produce blizzard conditions at times Tuesday night into Wednesday. Travel along U.S. Highway 26 between Casper and Riverton, Wyoming, could be extremely difficult if not impossible. 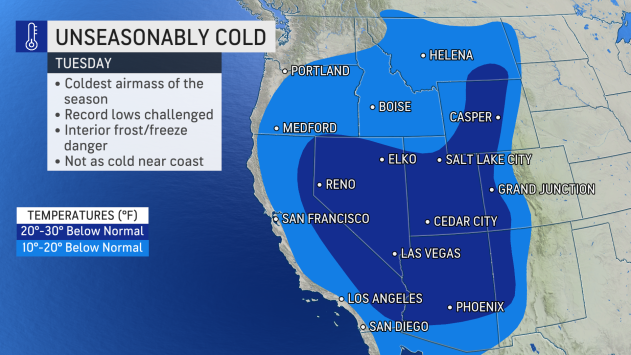 Farther south, the first wet flakes of the season are possible in Fort Collins, Boulder and possibly the western suburbs of Denver Tuesday night. No meaningful accumulations are expected east of the Colorado Front Range Tuesday and Wednesday.

The storm is expected to begin clearing out of the interior Rockies by Wednesday, with wet snowflakes forecast for only a few locales along the Front Range. Snowy conditions along or east of the Front Range are expected to reside well north of the Denver metropolitan area, likely in Wyoming.

Although the snowy conditions will largely taper off, the wintry chill will continue in the wake of the storm across the West. This may give some ski resorts an additional chance to shake the rust off the snow machines and get them cranking in preparation for their respective opening days. [AccuWeather] 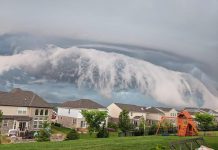 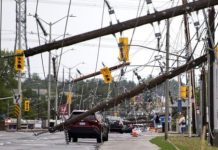 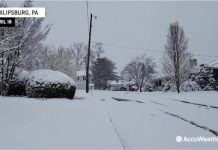 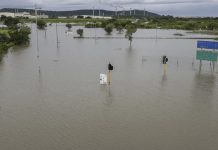 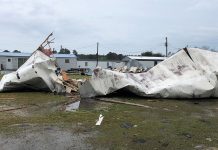