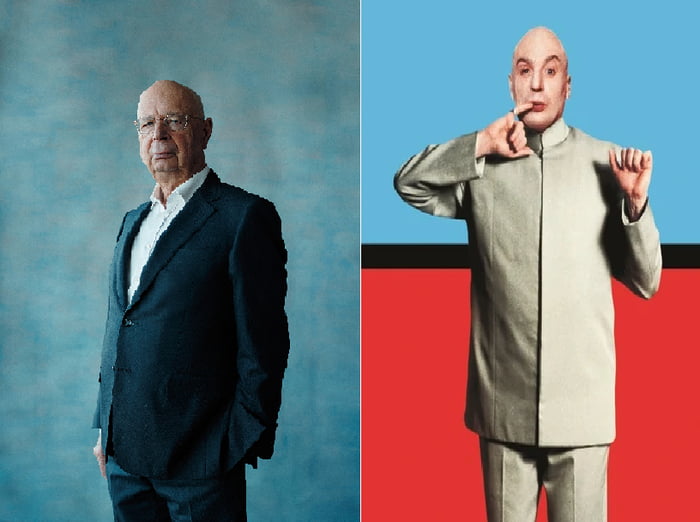 When Canadian parliamentarian, Colin Carrie, of the Conservative Party, asked Prime Minister Justin Trudeau’s government this week how many Canadian ministers were actually “on board with the World Economic Forum agenda” — before his connection “broke up” in the videoconference — he and the Canadians he represents deserved an honest response rather than accusations of spreading “disinformation”, as left-leaning New Democratic Party MP Charlie Angus did.

The World Economic Forum (WEF), colloquially known as “Davos”, for those familiar with the annual pilgrimage by the international elite to the eponymous town in Switzerland, has been on the tips of many tongues over the past two years — notably within the context of the Covid-19 crisis. Just before the Covid pandemic, on October 15, 2019, the organization announced that it was holding a “live simulation exercise to prepare public and private leaders for pandemic response.” If that sounds oddly coincidental, buckle up, because it only gets weirder.

Speaking at a United Nations videoconference in the fall of 2020, Justin Trudeau raised eyebrows, with a hint of a potential link between the global pandemic and the Forum. “This pandemic has provided an opportunity for a reset,” Trudeau said. “This is our chance to accelerate our pre-pandemic efforts, to re-imagine economic systems that actually address global challenges like extreme poverty, inequality and climate change,” he added, evoking a “reset” concept much promoted by the WEF from the onset of the pandemic, that frames the crisis as an opportunity to fundamentally change the way that developed societies function.

Then in August 2021, Dutch MP Gideon van Meijeren asked Prime Minister Mark Rutte about a letter he wrote to WEF Founder Klaus Schwab in which he said that Schwab’s book, “Covid-19: The Great Reset,” published on July 9, 2020, within the first few months of the pandemic, “inspired him to build back better.” The phrase also happens to be the name of US President Joe Biden’s legislative agenda, which includes increased wealth transfer into the murky black hole of climate change and “social spending.”

It would be easy to chalk it all up to creepy rhetorical coincidence if there wasn’t an actual link between Schwab, Davos, and elected officials like Rutte and Trudeau. It’s a link about which even Schwab himself has bragged. In 2017, he told an audience at Harvard University’s John F. Kennedy School of Government: “What we are very proud of is the young generation, like Prime Minister Trudeau… We penetrate the cabinets.”

“But what we are very proud of now is the young generation like Prime Minister Trudeau…We penetrate the cabinets.”

He’s not kidding. Current Canadian finance minister and deputy prime minister, Chrystia Freeland, is on the WEF’s board of trustees, alongside former Bank of Canada and Bank of England governor, Mark Carney. Freeland was last seen announcing asset freezes and crackdown measures against truckers and supporters in the streets of Canada demanding an end to heavy handed Covid mandates and restrictions. And Carney recently qualified the Freedom Convoy as “sedition” in a hysterical opinion piece published in the Globe and Mail newspaper.

It’s only logical that when citizens start seeing visible “World Economic Forum” branding on those taking – or publicly advocating for – drastic and unprecedented liberticidal measures against them, they start asking questions about the nature of the organization’s influence.

No citizen in any country actually voted to adopt the Davos agenda. And it’s debatable whether a sufficient number actually would. According to its own website, the WEF agenda includes increased digital integration and digitization, “urgent” climate change response, and a vision of a “Fourth Industrial Revolution” that is “characterized by a range of new technologies that are fusing the physical, digital and biological worlds, impacting all disciplines, economies and industries, and even challenging ideas about what it means to be human.” The organization is also exploring the notion of “human enhancement”. 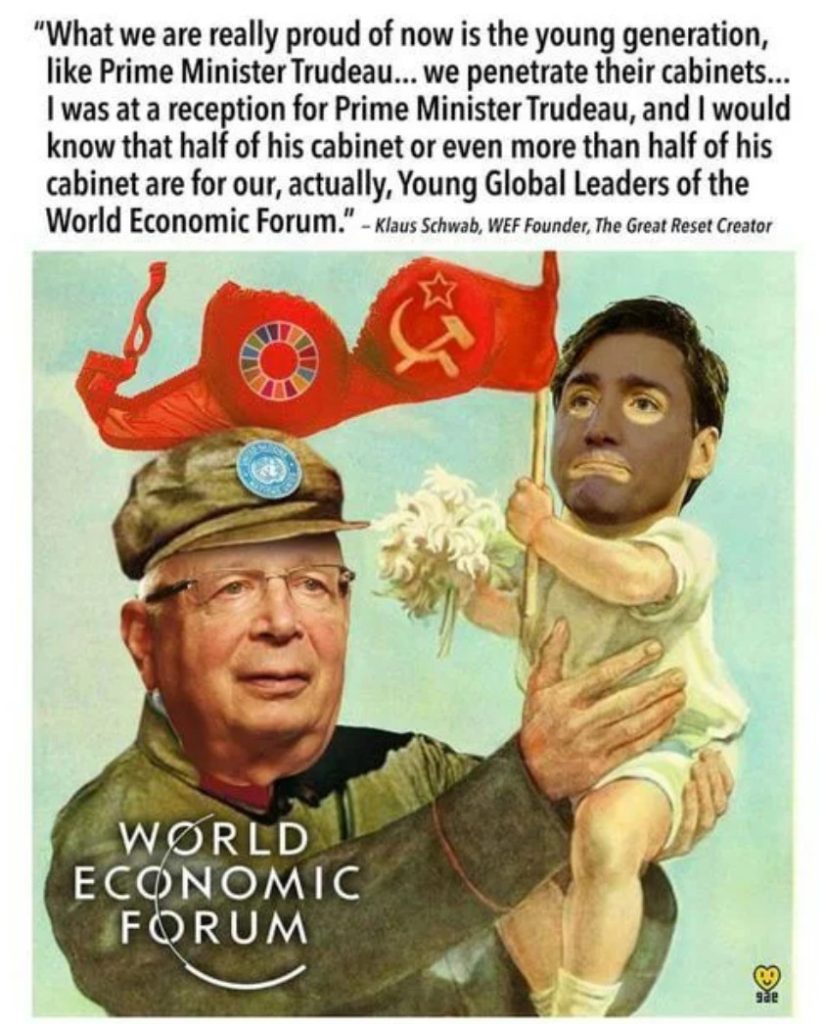 And those are just the aspects that are public. It all sounds like it has the potential to give rise to a dystopian reality, particularly coupled with the previously unimaginable measures taken by democratic governments under a sanitary pretext over the past two years. And who, or what, influences the organization itself? A massive list of multinational entities with fiduciary obligations to increase shareholder wealth, according to the organization’s website. The WEF would like for the average citizen to believe that everything it does is for our own interests. But it’s difficult to imagine what the organization’s backers actually gain by empowering average citizens rather than maintaining control over them.

Nonetheless, what is glaringly obvious is that the WEF serves as a clearinghouse and consolidator for ideas that promote a one-size fits all global agenda that has become interchangeable with the Western establishment status quo. There is nothing more undemocratic than elected officials serving any other master than their people.

Much more light deserves to be shed on this supranational entity, its string-pullers, and the extent to which their agenda trickles down into our daily lives. [RT]

Totally creepy videos! These people seem to be possessed shortly before experiencing a collapse and paralysis

Strikes on US railways may force halt of grain and fertilizer shipments, further threatening food supply