The infrasounds produced by the Chelyabinsk meteor were the largest ever recorded by the CTBTO’s International Monitoring System.

The blast has even been recorded in Antarctica, 15,000km from the Ural mountains. Incredible! 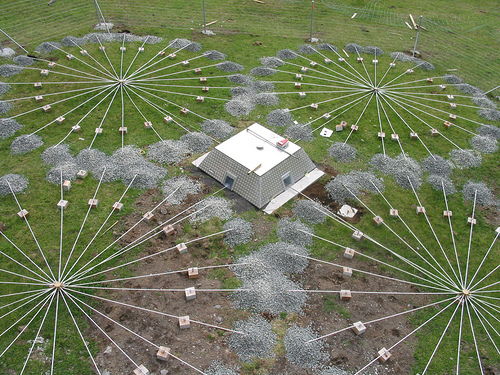 A new recording lets human ears listen in on the largest infrasound blasts ever recorded, created by the meteor that exploded over Russia.

Infrasonic waves from the Russian meteor fireball were picked up by 17 infrasound stations around the world, part of a network for detecting nuclear weapon explosions.

The signal was filtered and sped up 135 times to make it audible to human ears, according to the Comprehensive Nuclear Test Ban Treaty Organization (CTBTO), which runs the stations.

Can you imagine that? Stations as far away as Antarctica tracked the blast’s low-frequency waves as they traveled through Earth’s atmosphere.