Why is there lightning in the eruption cloud?

Lightning is one of nature’s most fascinating spectacles, and one of the most complicated: scientists still don’t understand it fully. Below is a simplified explanation. Lightning is common at some volcanoes (Chaitin, Chile) but extremely rare in Hawaii. For one week in July 2008, following unusually dry conditions, the ocean entry plume at Kalapana was particularly vigorous, and lightning was seen at night. Here the great video of valcanic lightning!

Friction between certain materials creates a charge separation because some materials have a stronger “attraction” for electrons than others. When two of these materials (for example, a balloon and a wool sweater) are brushed against one another, an excess of electrons accumulates on one surface and a deficiency of electrons on the other surface. In a dry climate, rubbing your leather-soled shoes on a polyester carpet as you walk can result in a spark as you reach for the doorknob; pulling apart synthetic garments fresh from the dryer frequently produces a spark. 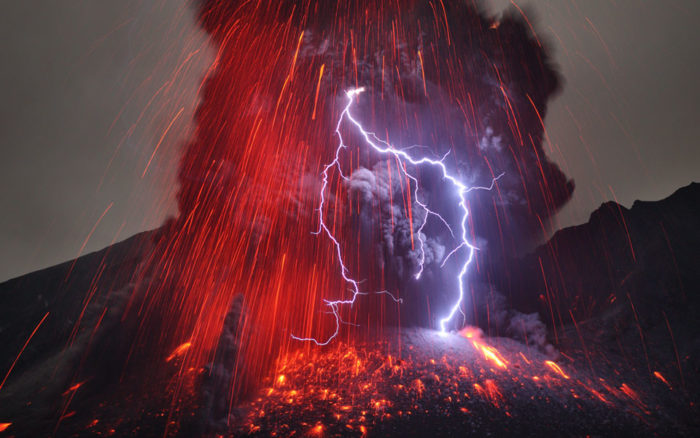 In a thunderstorm, high winds cause the ice particles in clouds to collide with one another; as a result, electrons are knocked off, and part of the cloud gradually accumulates a negative charge, and another part a positive charge. At some point, the excess electrons will “jump the gap” and discharge as lightning, which often remains completely within the cloud. 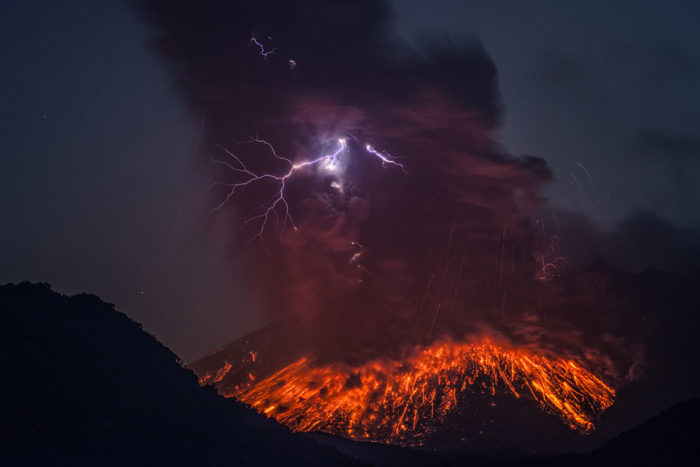 Similarly, in a volcanic eruption cloud, there are small particles of volcanic material colliding with one another at high speeds, and these collisions can result in separation of charges in the volcanic cloud that result in lightning. 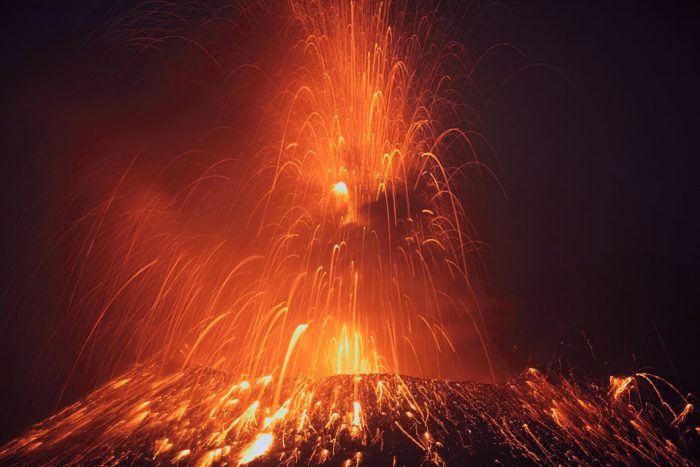