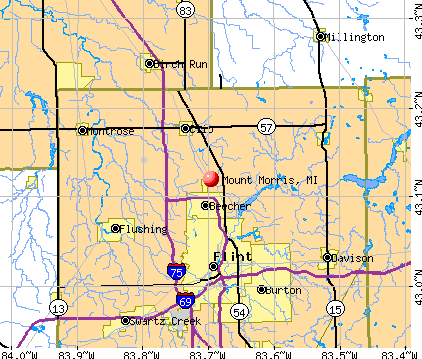 For a couple months, people living in Mt. Morris and surrounding communities report hearing noises described as “loud booms” and “explosions”. Until now, the source remains a mystery even for the authorities.

Could they be from local salvage and scrap yards?

Or from secret police trainig at undertermined location. Flint Police denied and they say they have not activated any explosives at the site since February 26, 2013.

What we know is that is booming over there. Anybody having an idea?

Here some comments from residents of the area:

“it’s a huge boom a boom you cannot miss it. And they are happening for several months now”

“At random times there are huge explosions in the area somewhere to the point where it shakes my house, the pictures and mirrors rattle on the wall, also during day time hours.”

“Definitely not gunshots. They sound more like bombs going off or something dropping that’s really heavy like a big dumpster just dropping out of the sky or something. It’s literally shaking them up.”

“Couple of them you do end up feeling the vibration from them some are really big others aren’t as big but still pretty big booms out there.”

“You know it would be nice to know why my house is rattling every week.”