This is another example of our absurdity! Our food chain relies on pollinisators such as bees and we kill them using insectisides or planting trees which are toxic for them. The last example of such a bee die-off occurred during this week in Wilsonville, Oregon where about 25,000 dead or dying bees were found in a parking lot under European Linden trees on June 18, 2013. 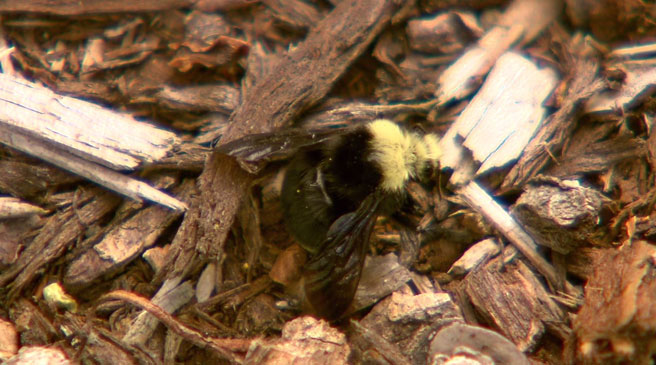 The weird phenomenon started last monday and lasted until Wednesday. The bees were literaly raining dead out of trees and pollinator Conservation Program Director Mace Vaughan qualifies this case as amazing since he has never witnessed an incident on this scale. Experts are now investigating the possible causes of this bee mass die-off sampling pollen, leaves and dead bees.

Bees were found clustered under European Linden trees. These are often treated with insecticides because of the aphids that “rain down” nectar from the trees. So bees may have been poisoned by those insecticides. But there’s also a chance it’s not insecticide at all because these trees are also known to be toxic for bees. – Koin

So why planting these trees when we know they kill these bees which are so critical to our food supply?

Just remeber what Einstein once said: 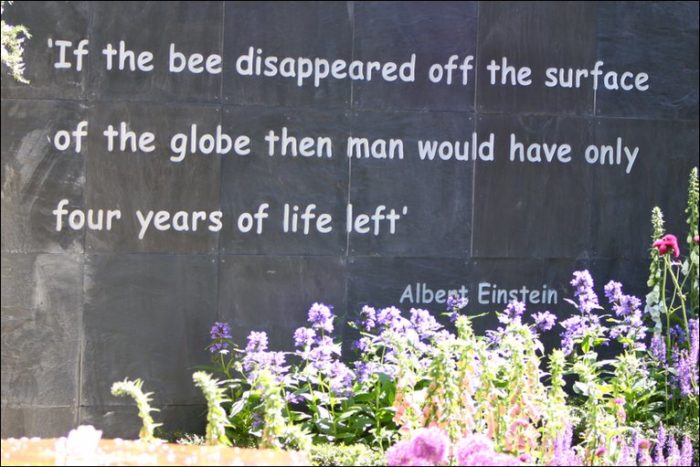