In this post, discover amazing images of the world’s greatest deserts taken from outer space!

These aerial pictures are fascinating! Enjoy!

The Namib desert: Stretching more 1,200 miles along the Atlantic coast in southern Africa, it forms the coastline of Angola, Namibia, and South Africa. At its highest point, the desert reaches 200km. It is so arid that, at most, just 200 millimetres of rain falls. 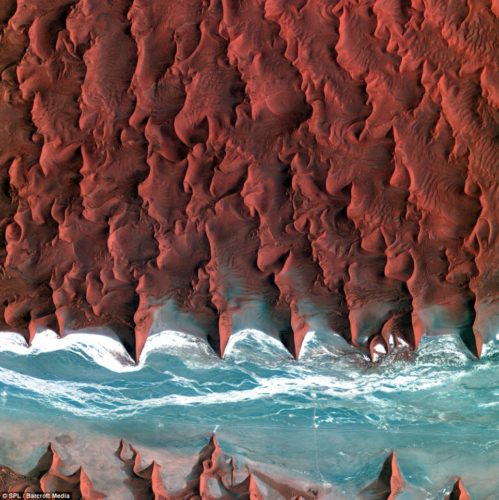 The Great Salt Desert: Iran’s largest desert, the Dasht-e Kavir, or Great Salt Desert, looks spectacular from space. The largely uninhabitable desert, which stretches nearly 500 by 200 miles, is named after the salt marshes (kavirs) located there. Central in the desert lies the Kavir Buzurg (or Great Marsh), and in the west, a vast salt lake called Darya-ye Namak contains large salt plates in a mosaic-like shape 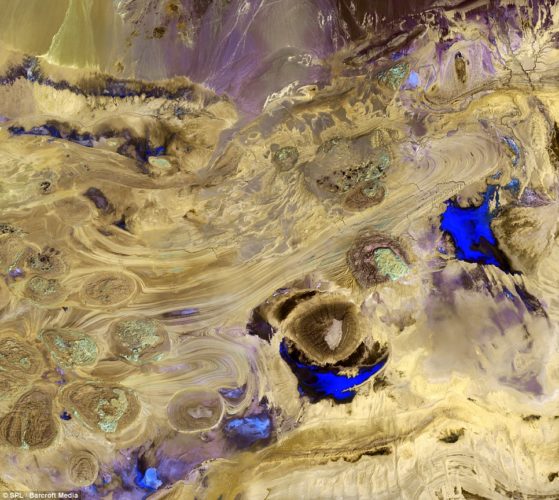 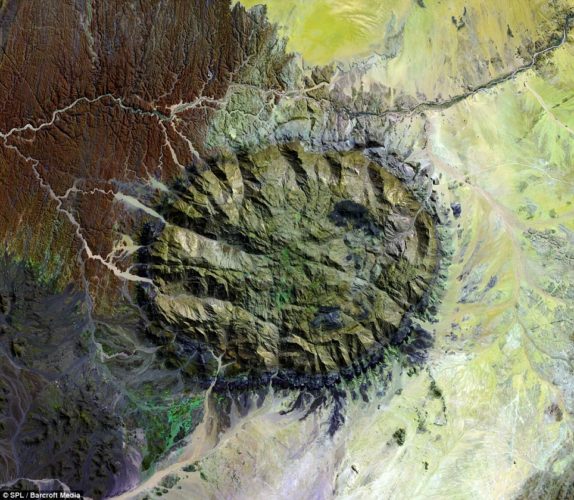 Erg Iguidi desert in Algeria: The desert, with its yellow stripes of sand stretches from Algeria to Mauritania, in the Sahara 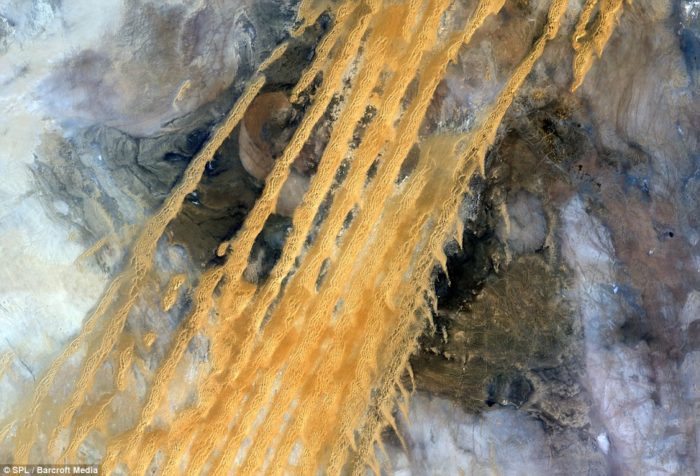 Uluru in Australia: Also more familiarly known as Ayres Rock, this vast sandstone rock pertrudes from a flat desert landscape, in the south of the Northern Territory. Uluru is sacred to the Anangu Aboriginal people. 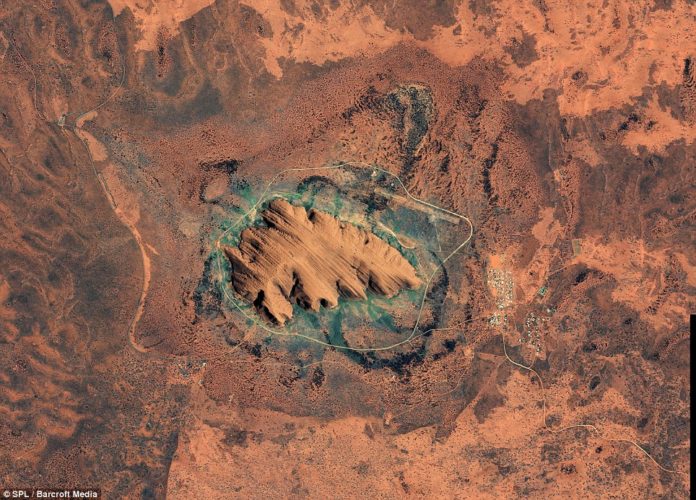 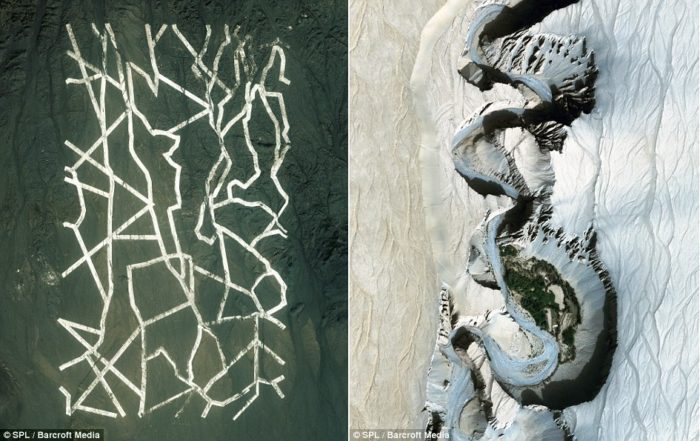 Desert oases in United Arab Emirates: Numerous oases can be seen in this satelite image of a desert. The water naturally filling the valleys in the sand dunes. 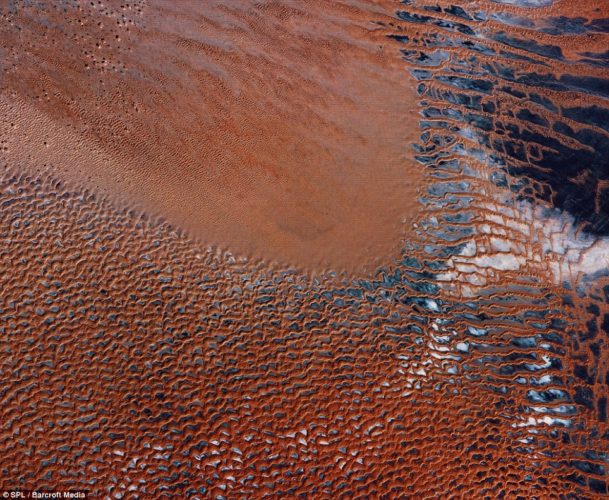 Ounianga Lakes Sahara Desert in Chad: The lakes are situated in a shallow basin below sandstone cliffs and hills, from where the ancient water flows, sustaining the largest permanent freshwater lakes in such an arid desert environment anywhere in the world. 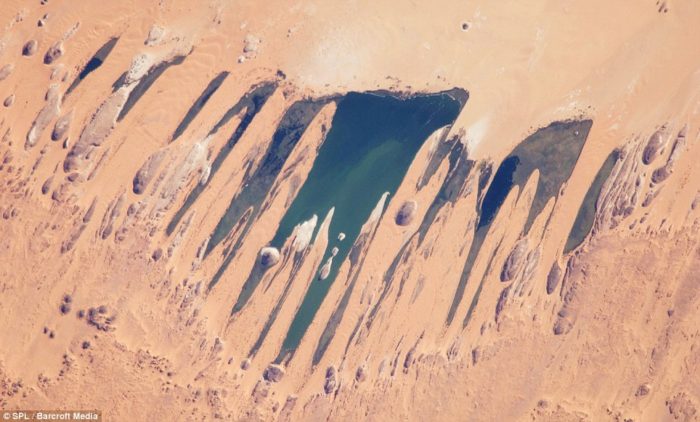 A dune sea in the Sahara Desert, Eastern Algeria, right and the Sahara desert left. 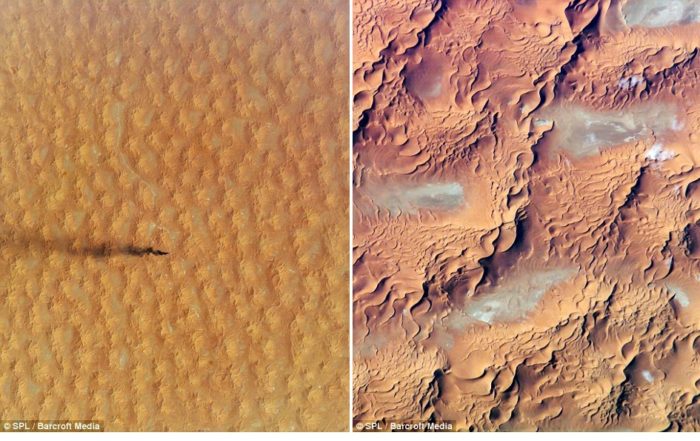 Empty Quarter (Rub’ al khali), a vast sand sea in the south of the Arabian Peninsula that covers 583,000 square kilometres. 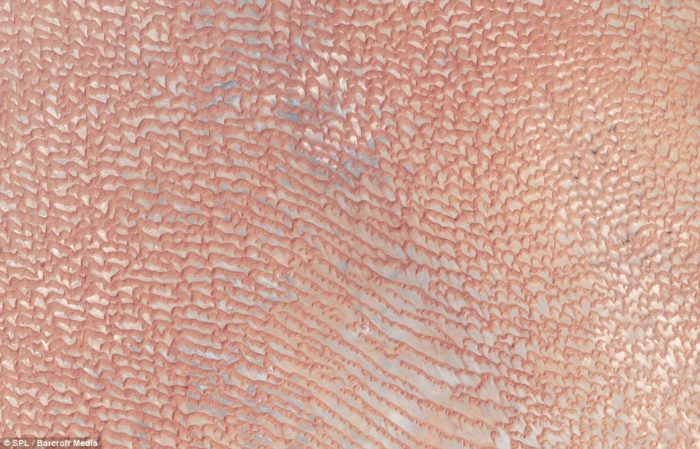