We need tires for our transportation means.

But what happens when they are used? Discover the world’s largest tire graveyard in Kuwait. 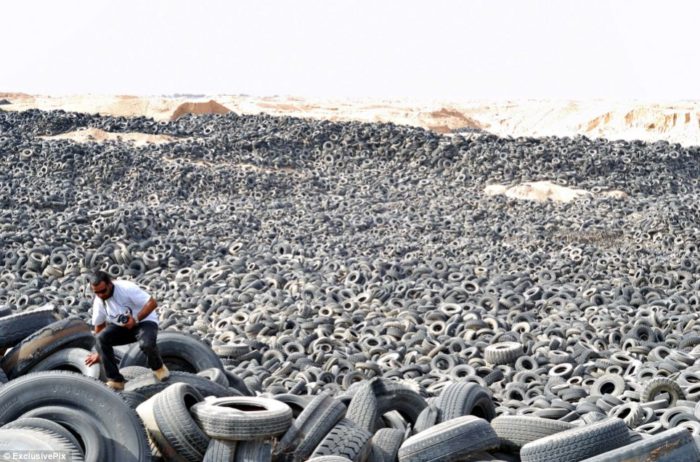 In Kuwait City’s Sulaibiya area every year gigantic holes are dug out in the sandy earth and filled with old tyres – there are now over seven million in the ground. This is the world’s biggest tire graveyard and can be called a major environmental disaster. 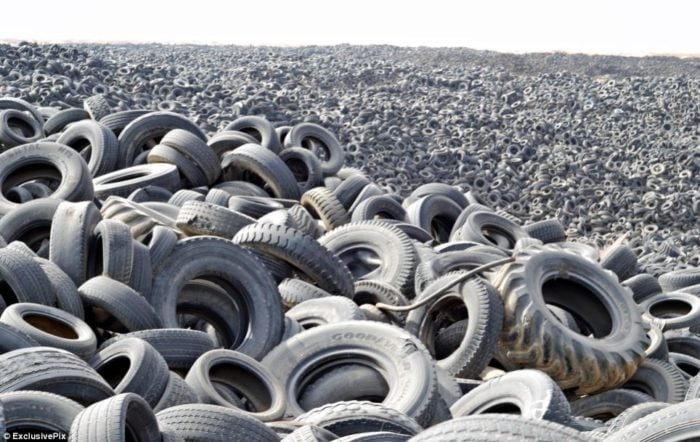 The expanse of rubber is so vast that the sizable indents on the earth are now visible from space. Yes, the tire graveyard you are looking at in this aerial picture is so huge it can be seen from space! 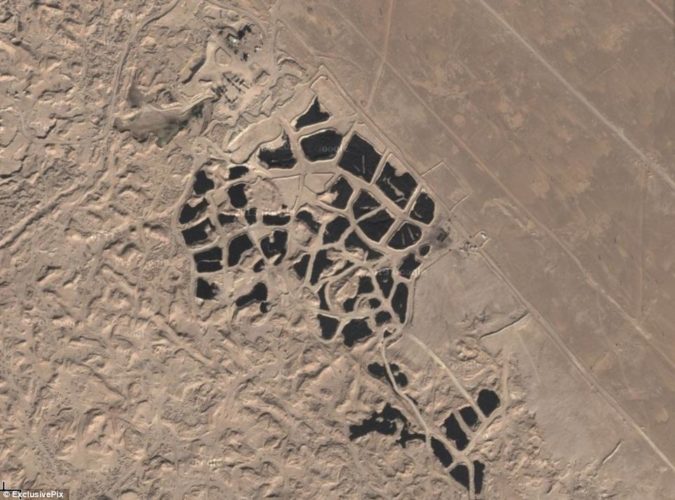 The European landfill directive means that this type of ‘waste disposal’ would be illegal in the UK. In Britain all car and truck tyres must be recovered, recycled or reused. 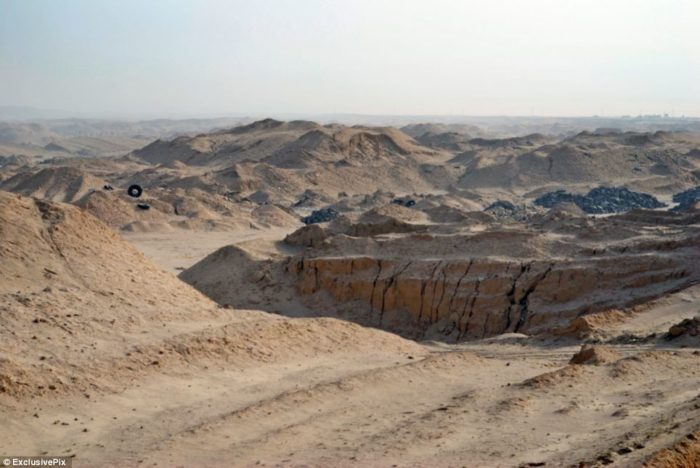 In some circumstances tires are shipped out to countries such as India, Pakistan and Malaysia from Britain, but there are strict laws about their exportation. 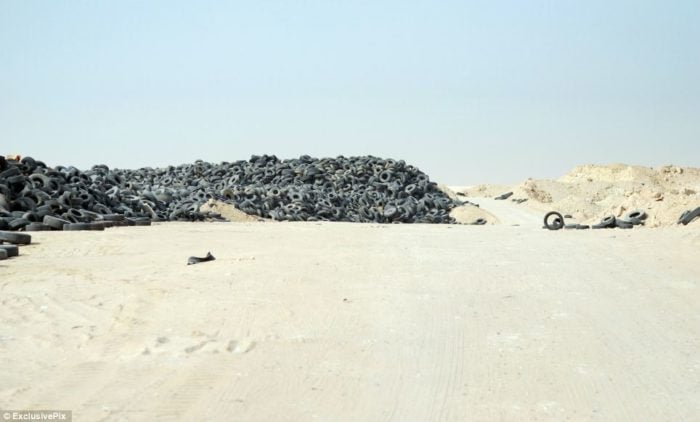 There would be serious consequences if this field of tyres caught alight – tyre fires are difficult to extinguish- they produce a lot of smoke, which often carries toxic chemicals from the breakdown of rubber compounds while burning. 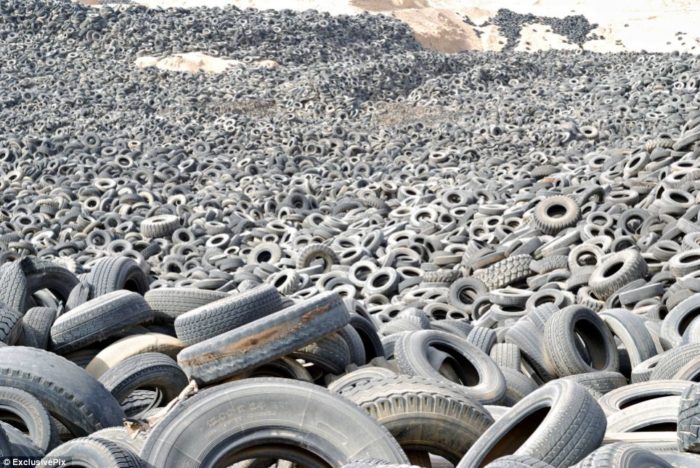 Last year a fire broke out at a tire dump near Al Jahrah in Kuwait:

Discover eerie desert landscape from above!