Sinkholes can produce amazing accidents! You probably remember this story of a Vermont family being swallowed by a sinkhole end of April 2013, or this Florida man literaly disappearing under his house. Well the next incredible sinkhole event occurred in Toledo, Ohio, yesterday, July 4 2013. A giant, 10 feet deep sinkhole opened up in a road in Toledo, north west Ohio and swallowed a car at around 12:15 p.m. The driver, a woman, had to be rescued by a LADDER as shown in this raw footage video!

Follow this link to understand how sinkhole forms, where they mostly occur and how they are caused. 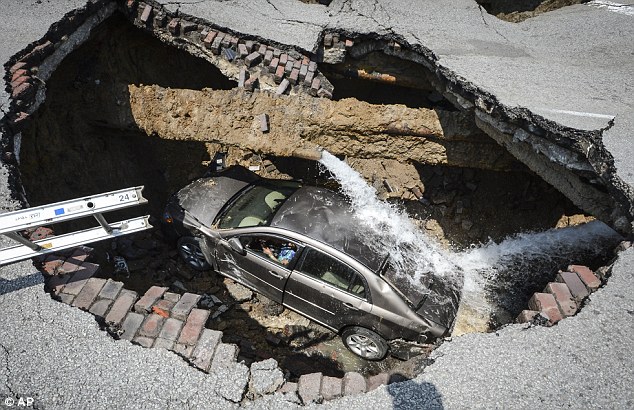 For more pictures visit this site: Toledo sinkhole: Driver in Ohio rescued by LADDER after her car was swallowed by giant hole | Mail Online.