Have you ever heard or even seen something like this? Surreal isn’t it? 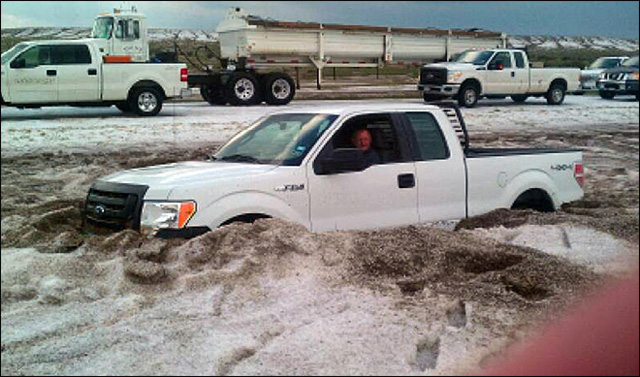 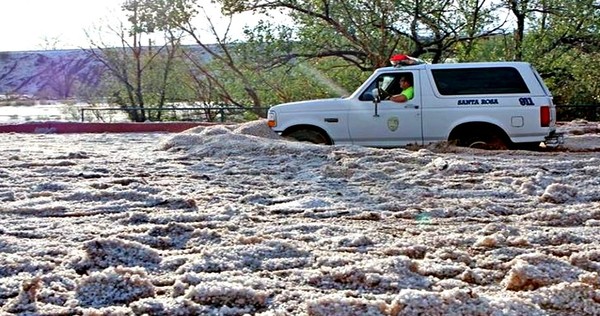 As bizarre as this sounds, accumulating hail is not uncommon in the High Plains.

Here some other examples:

For more information on this weather anomaly: Over a Foot of Hail Swamps New Mexico Town – weather.com.