What are these intriguing red lights forming over thunderstorms?

These eerie luminous reddish-orange flashes often occur during thunderstorms. They are neither ufos nor extraterrestrial signs or messages but some strange and very rare atmospheric phenomena called sprites. 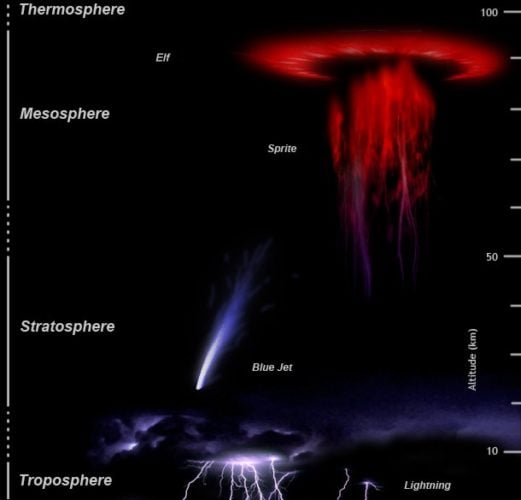 As shown in the above picture, sprites usually appear as several clusters of red tendrils above a lighting flash followed by a breakup into smaller streaks. The brightest region of a sprite is typically seen at altitudes of 65-75 km (40-45 miles), but often as high as 90 km (55 miles) into the atmosphere.

This following video provides the initial observations of high altitude atmospheric flashes above thunderstorms from the SPRITE upper atmospheric optical emissions campaign. July 1994 (go to 50s to see the sprites in action, but I would watch the whole movie!)

The next photograph is the first colored image ever of a red sprite and was taken in 1994: 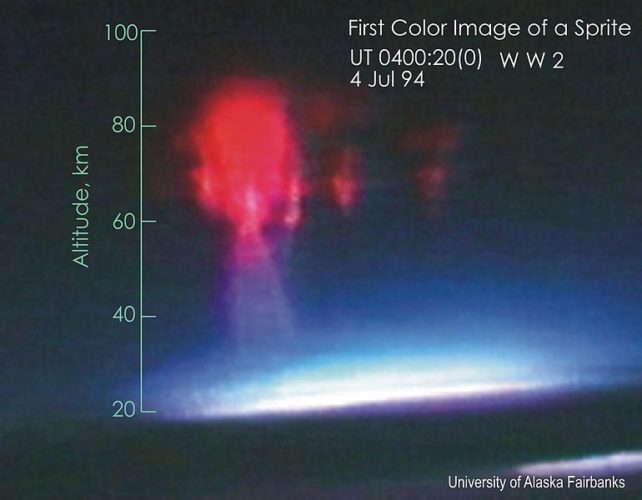 First color image of a sprite. It was obtained during a 1994 NASA/University of Alaska aircraft campaign to study sprites.

Red sprite lightning is both mysterious and intriguing: sprites occur only at high altitudes above thunderstorms, only last for a thousandth of a second, and emit light in the red portion of the visible spectrum. Therefore, studying sprites has been notoriously difficult for atmospheric scientists. 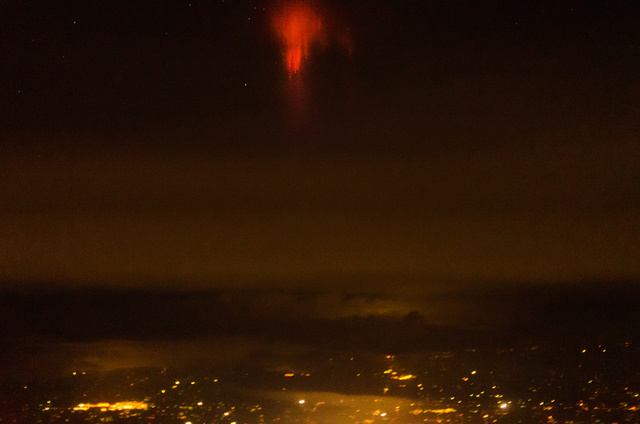 Sprite lightning over Boulder in Colorado by Jason Ahrns.

Sprites have likely occurred on Earth for millions of years. Anecdotal reports exist from as early as 1730. However, they were first photographed and documented by accident in 1989 when a researcher studying stars was calibrating a camera pointed at the distant atmosphere where sprites occur.

Read these articles for more sprites’ pictures and information.

I love these amazing things happening around the world! What about you?