Get out of there! The La Sinkhole has a great appetite. After swallowing trees end of August 2013, it has now engulfed more than 75% of a work pad. 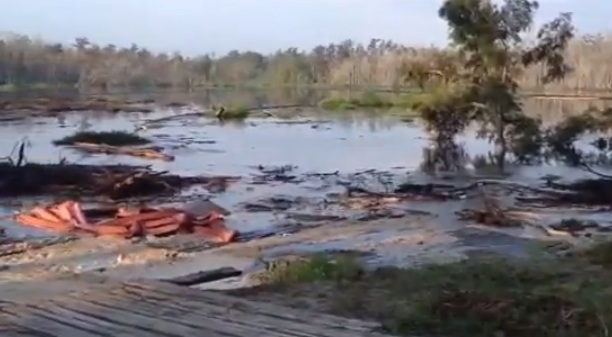 Assumption Parish’ hungry sinkhole celebrated its first birthday on August 3 2013, and the one-year-old’s appetite continues to grow. The last slough took place on the northern side of the sinker, and it swallowed about 75 percent of the work pad, with some trees for a side. The total area of the meal was approximately 50 ft. by 75 ft.

The sinkhole was caused when an underground salt dome, owned by Texas Brine, LLC, collapsed. The company has been involved with recovery work at the site. The slurry area in Bayou Corne has grown from five to over 24 acres. 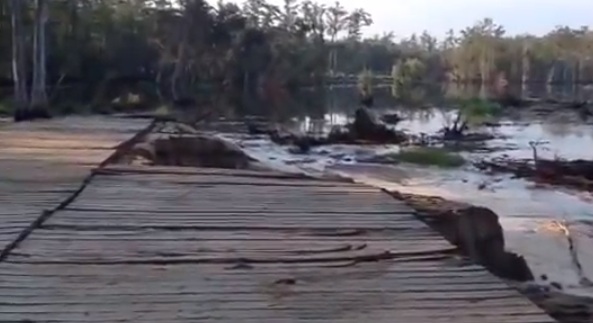 What a disaster! (SOURCE). For more information visit the La Sinkhole Bugle.