The Taurid meteor shower has started with a strong light show over California, Arizona, Utah and Las Vegas. 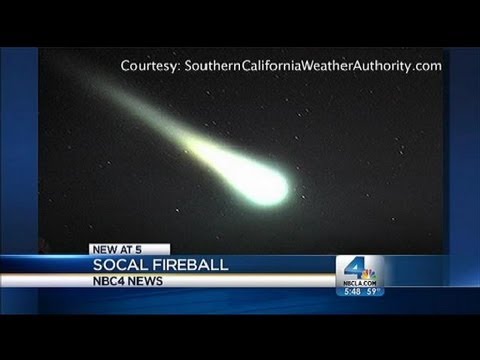 On Wednesday, Nov. 6, 2013, residents from around the Southland reported seeing a large light streak across the night sky Wednesday, which has now been defined as a meteor.

Sightings have been reported from Riverside, La Quinta and Rancho Mirage and throughout Orange County @ around 7:50 p.m. Some other sightings were reported in Arizona, Utah and Las Vegas.

A meteor shower occurs every year about this time. It is called the Taurid meteor shower. It seems to come from the direction of the constellation Taurus and will reach its peak this year on Nov. 16 through the early morning of Nov. 17.