This is just another water main bursting in Russia! But this time in Winter

And then the water froze… Imagine the temperatures right now in Russia. It’s terribly cold! 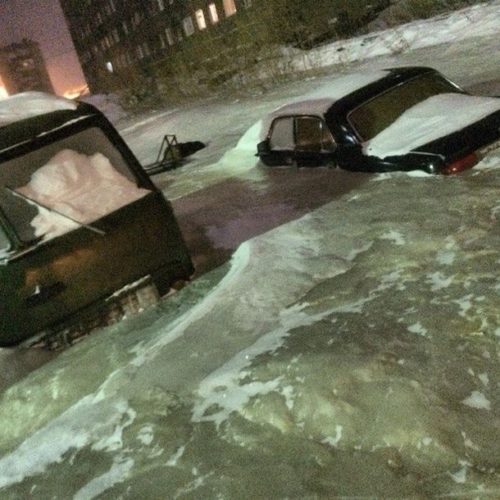 You see these cars? They were caught frozen into a meter deep ice! 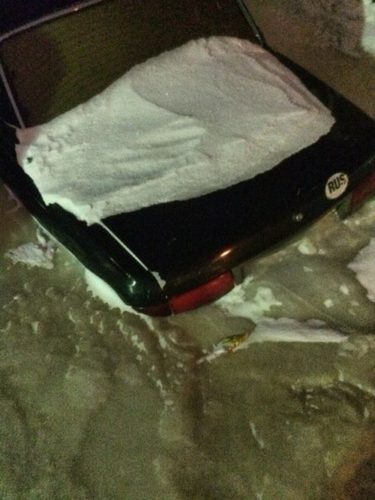 You are probably asking yourself but why is that? Well, due to the terribly cold temperatures, some water pipes ruptured and the water burst in the sky… And froze almost instantly. 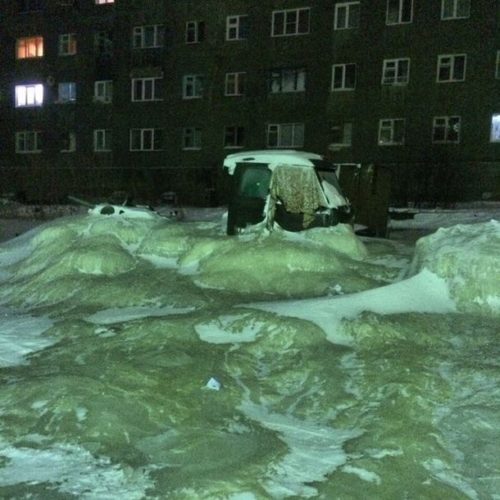 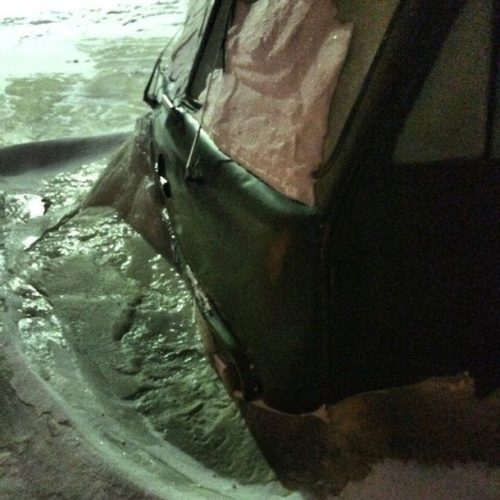 Locals were asked by officials not to publish comments or pictures online… But some did… And they are awesome! 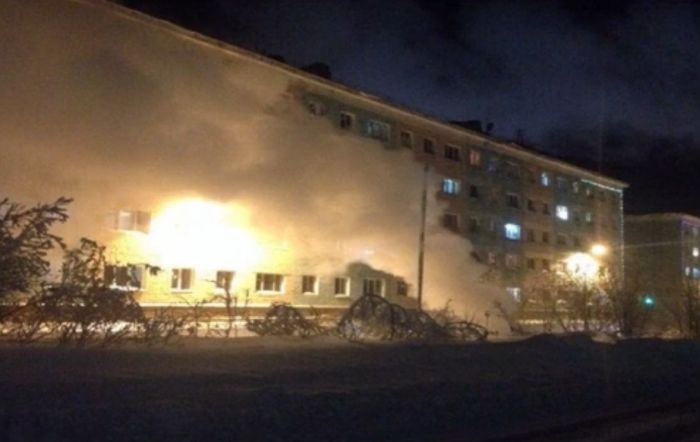 Do you think these cars will start again? I am not sure how these vehicules will and can be recovered. Do you think they will have to wait until next summer? In some places the snow and ice stays untill June. 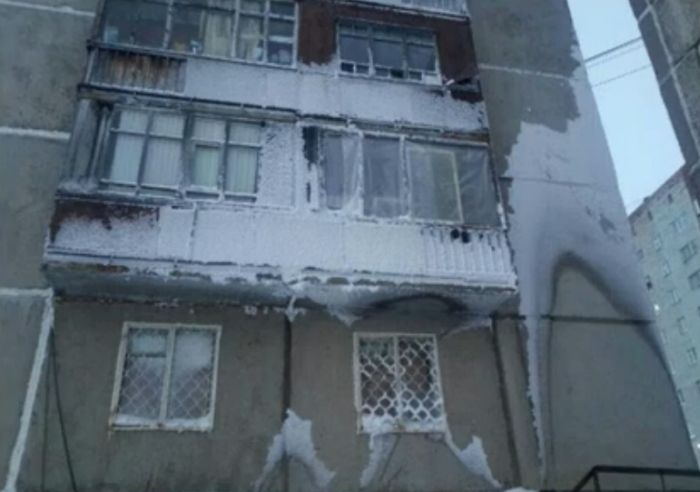 Residents of the building are however pretty unlucky. Temperature inside the apartments does not exceed +10°C (40 F). 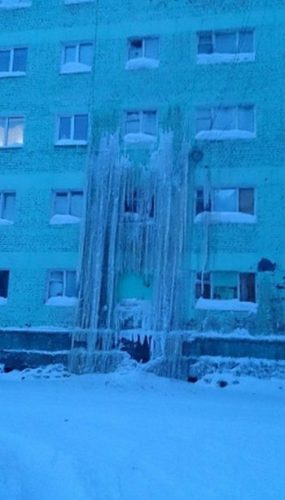 These houses are indeed linked to a central heating system that is not functioning due to the water leak. Watching this frozen geyser must have been incredible!

In Norway, the ice froze so fast that animals were caught alive!