A really weird weather phenomenon took place on the beach of Porthleven, Cornwall!

After a high tide, the popular holiday beach was left blank, without any sand. Locals claimed it was the worst erosion they had seen in decades. But hours later it was back in place. That’s awesome! 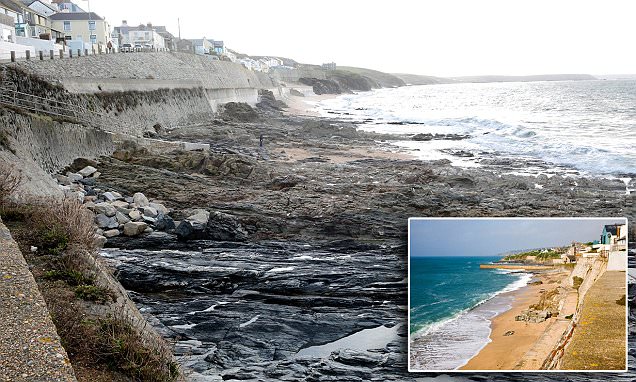 What does a beach without sand look like? It’s nothing but rocks covered in seaweed and algae! 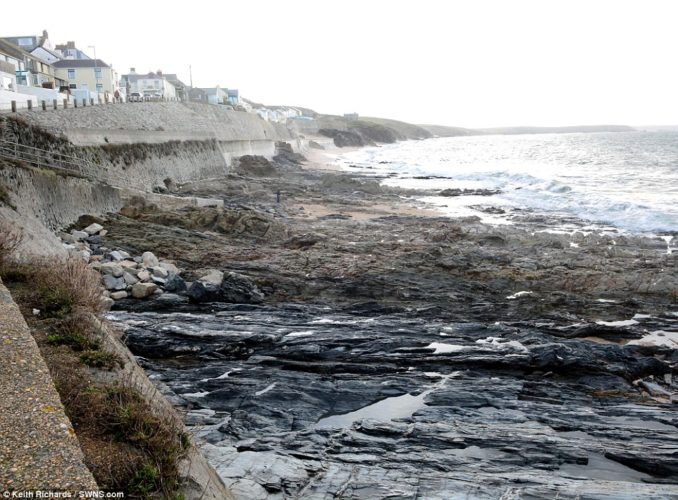 The popular Cornish beach was left with exposed rocks after a freak high tide saw the beach stripped of all its sand overnight, with locals claiming it was the worst erosion they had seen in decades. 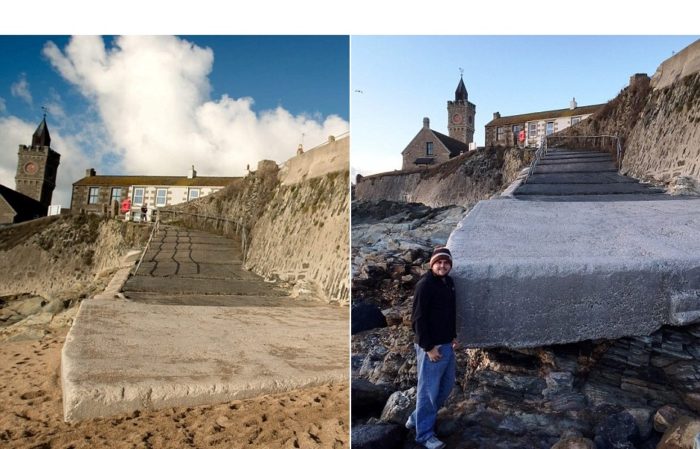 Oceanographer Alan Jorgensen, from Porthleven said he has never seen the level of sand so low in all his years in the village. Well looking at these spectacular 30ft waves battering the coastline you can imagine what happened in the night of January 14, 2015 at Porthleven in Cornwall:

But just hours later, the change in tide deposited the golden sands back in their place.