The sinkhole is there for years. But now, due to recent years, it is growing bigger and bigger!

The Yazoo City’s crater is now becoming so large that both sides of the road are starting to collapse and people get concerned about their homes. 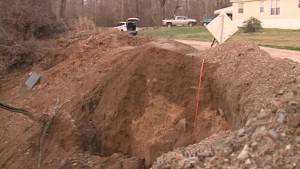 Residents in a Yazoo County neighborhood said a sinkhole on Logan Road is swallowing parts of the street and is becoming an inconvenience.

The pit is so large that mail is not delivered and the bus isn’t coming down the street anymore.

Yes Mississippi is prone to sinkholes!