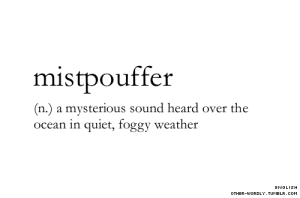 For centuries, people around the world people have reported hearing mysterious ‘booms’.

They are similar to sounds produced by a gun or cannon, rattle windows and doors but remain a mystery for scientists and witnesses.

Depending on which part of the world these noises occur, they go by a variety of names including mistpouffers in Belgium and The Netherlands; brontidi (or bartulio marinas) in Italy; barisal guns in England and Bangladesh; retumbos in the Phillipines; seneca guns in North America; seeschießen in Germany; and uminari in Japan.

The sounds are often, but not always, heard around water.

There’s currently no scientific consensus as to what causes these noises.