The Vasquez Canyon Road in Santa Clarita has been closed after a giant landslide engulfed the street and it started buckling… Like an ocean.

You remember the ‘Breathing Earth‘ video? Well, here is another example featuring the internal moving behavior of our Planet:

First signs of buckling were reported on November 19, 2015 on a 150 – to 200-feet stretch of the scenic Vasquez Canyon Roadroad. 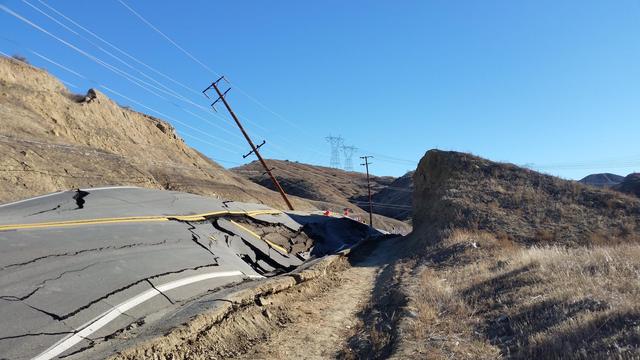 Now, more than 2 miles of road have been torn over and look like a giant wave. 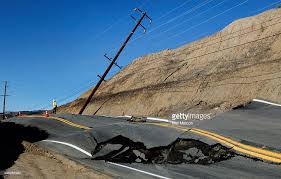 The land is still unstable and moving. And there is no way to stop the soil movement.

Geologists are now onsite trying to determine why the road buckles and continues to rise.

A large landslide crack appeared in the ground of Wyoming in October 2015.

Instead of spilling over the road, the landslide went under the pavement making the road growing upward and expanding.

Although landslides are not unusual in the area, this enormous buckling is truly unusual.