These two suns appeared in the clear sunset sky of Mutare, Zimbabwe on December 11, 2015.

Yes these lucky guys had a double sunset last Thursday…

This strange and baffling Two suns phenomenon is not only happening in Indonesia.

The second sun formed as our star was setting behind a cumulus cloud in an almost clear and dry sky.

The diffuse duplicate appeared above the cumulus in a thin veil of more distant high cloud.

But this incredible nature spectacle only lasted for over a minute before the optical illusion faded away. 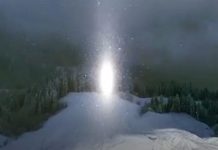 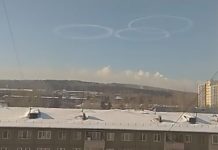