In Arosa, skiing was just impossible.

High winds forced closure of ski lifts at resorts in the Bernese Oberland and in the canton of Graubünden as shown in this video by Marc Gisler:

Storm Susanna brought stormy winds with some hurricane-like gusts on February 9, 2016. On top of the Jura, wind speed was measured at 150 km / h. Impressive are also the 124 km / h in Delsberg (Delémont) and the 120 km / h in Schaffhausen.

The winds were caused by a storm caused by a low-pressure system that originated in the Atlantic triggering wind gusts of up to 150 kilometres an hour in Great Britain and over 140 km/h in northwest France.

Thousands were left without electricity in Brittany and Normandy as power lines toppled.

Some even tried to have a swim in the furious sea:

Parts of Switzerland have seen remarkably high temperatures for this time of year after a warm Foehn wind blew through central parts of the country during the weekend.

MeteoSwiss said temperatures rose to 14 degrees in Altdorf in the canton of Uri on Monday, and 16 degrees on Tuesday. 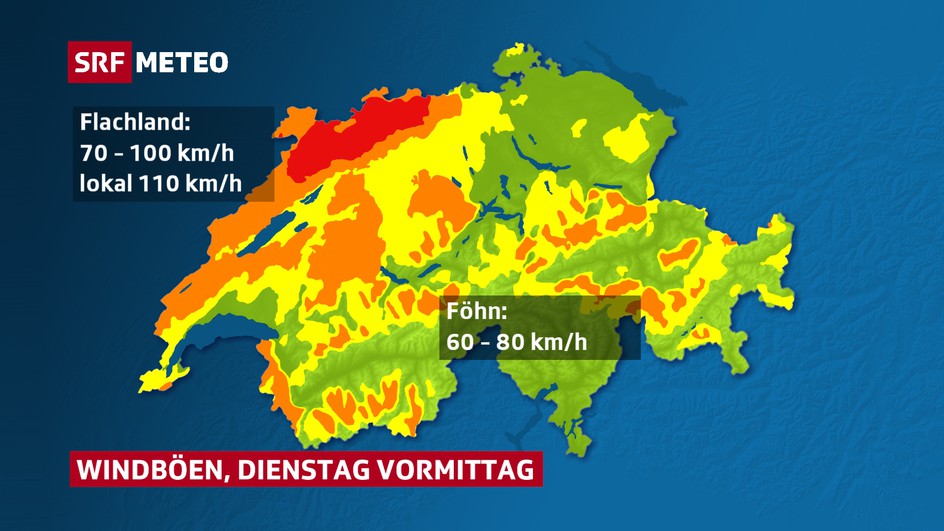 Weather experts predict conditions will turn more wintry by Wednesday with snow forecast through the Alps.