12% of the annual production of salmon of Chile died around Los Lagos whereas sardines massively died near the mouth of the river Queule. 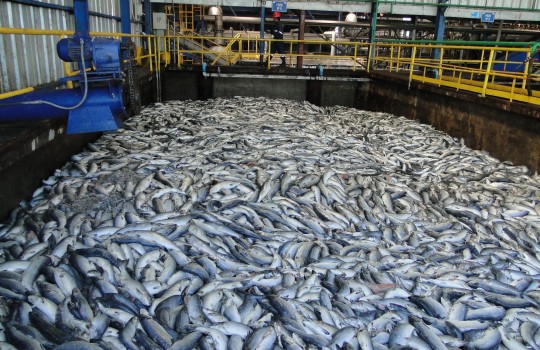 A huge amount of dead salmon and sardines are accumulating on the Pacific coast of Chile since early this year due to the effect of climate phenomenon known as El Niño. 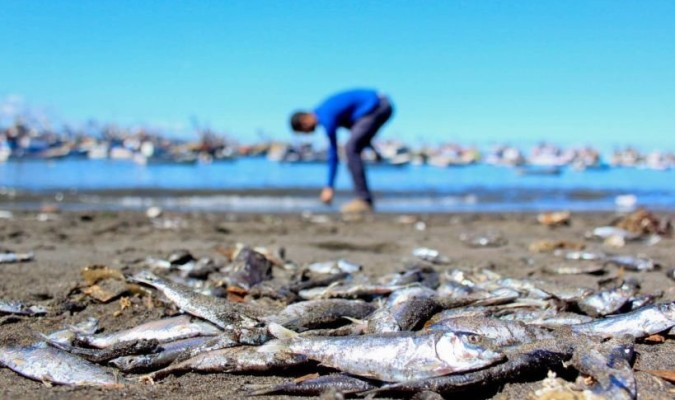 The latest sardines mass die-off occurred this week-end along the coast of La Araucania. 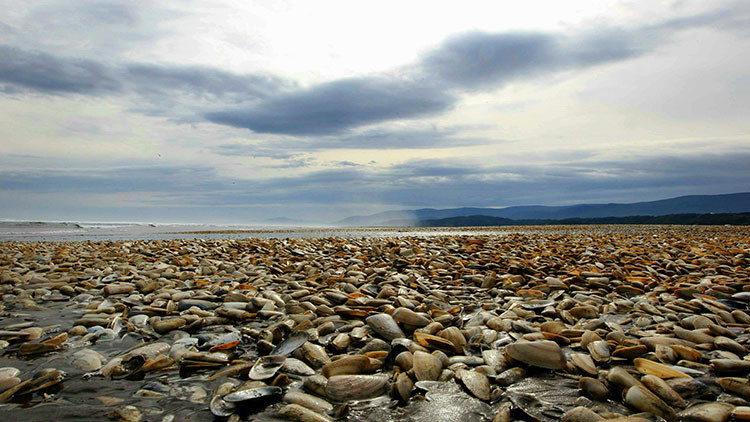 In addition, fishermen have also discovered thousands of dead shellfish and clams stacked on the coast of the Big Island of Chiloe, as well as several cuttlefish dead on the shores of the island of Santa Maria.

Scientists believe these anomalies are linked to the extreme climate phenomenon El Niño, which causes warming of the surface waters in the Pacific Ocean.

Due to the rising surface temperature, small algae called alexandrium catenella can grow causing so-called red tides. These microorganisms produce a venom that paralyses the nervous system and kills shellfish, fish and seafood in the aforementionned areas.

Meanwhile, fishermen in the region of Los Lagos, Chile protest and block the access to the big island of Chiloe as they do not get government support.