Two fireballs were seen exploding in the sky of Şanlıurfa, Turkey and Georgia, USA.

Loud explosion booms reported in Turkey. And the videos are awesome! 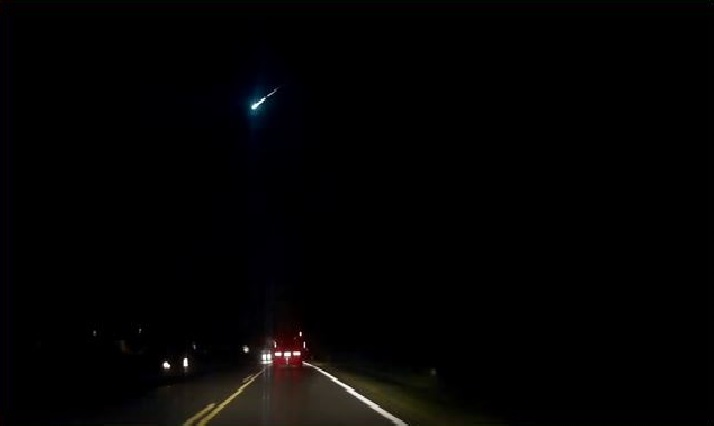 A meteor fireball exploding in the sky of southern Turkey on May 6, 2016 creating a loud explosion during the deflagration.

According to the youtube video description, the source of the noise has been investigated for a few hours before this impressive security camera video came out to pinpoint the exact origin of the explosion: meteorite disintegration!

A few days earlier, on May 3, 2016, another blue-green space rock suddenly lit up the sky of Georgia, USA. The bright meteor was captured by the dashcam of Jeremy Wall in the Lawrenceville area.

Here a link to this meteor fireball video:

The bright meteor was likely part of the Eta Aquarid meteor shower, the first of two celestial light shows that occur every year in early May as a result of Earth passing through dust released by Halley’s Comet.

Keep always an eye to the sky!