Officials say this marine ecosystem collapse is due to extreme red tides linked to the 2015 El Nino. But there is probably something else behind!

Chile is currently experiencing an unprecedent series of mass die-offs along the Pacific coast. Yesterday, two more were added to the long lists: prawns and cormorants.

Staff of the National Fisheries Service (Sernapesca) are currently investigating the still mysterious causes of a massive prawn die-off on a beach called Lisera in the town of Arica, Chile. 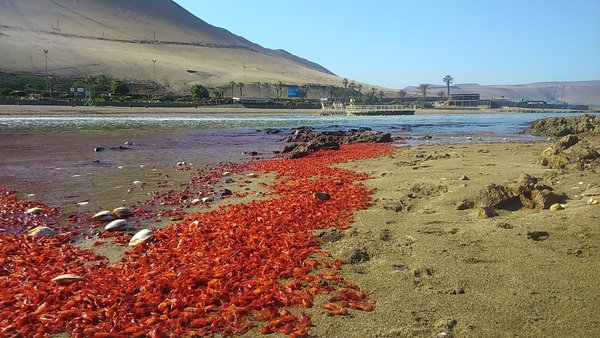 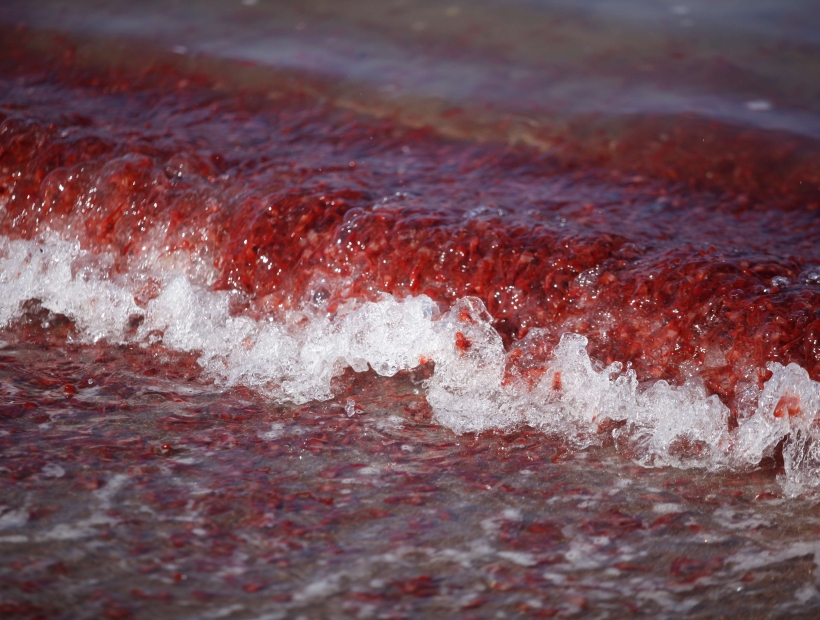 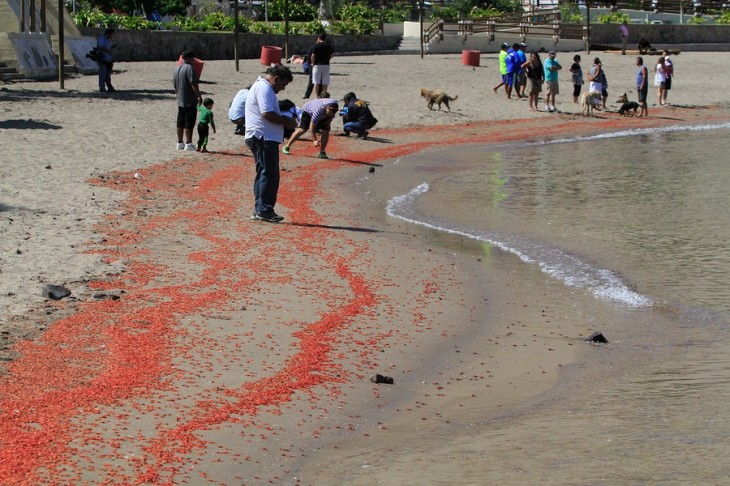 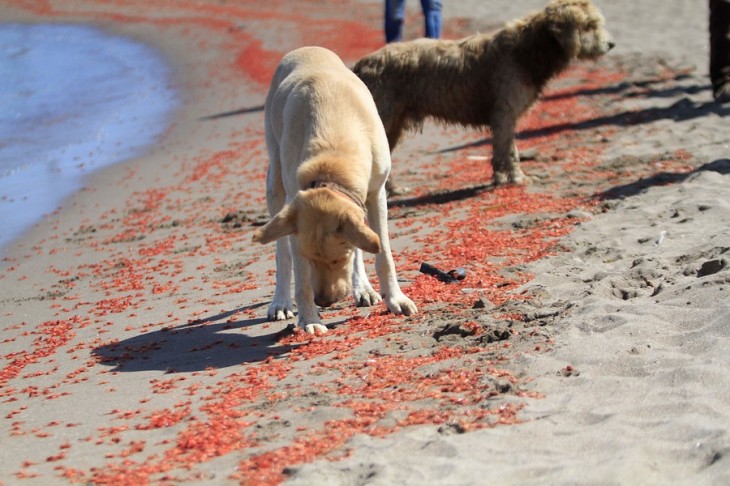 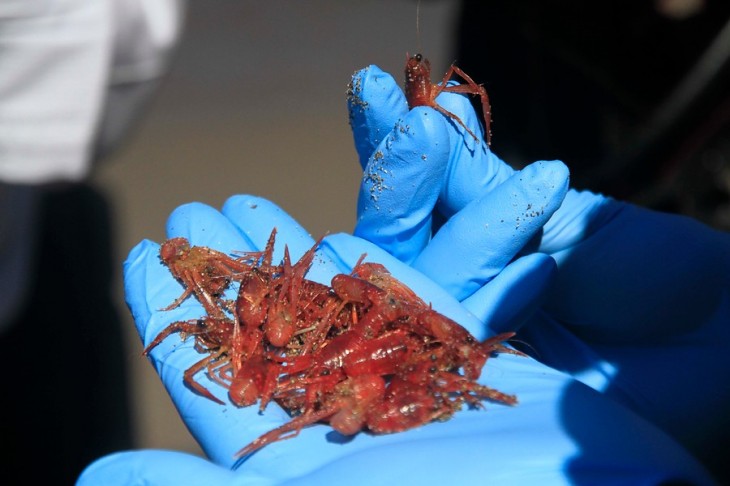 One hundred cormorants found dead on beaches of the central zone of Chile on May 9, 2016 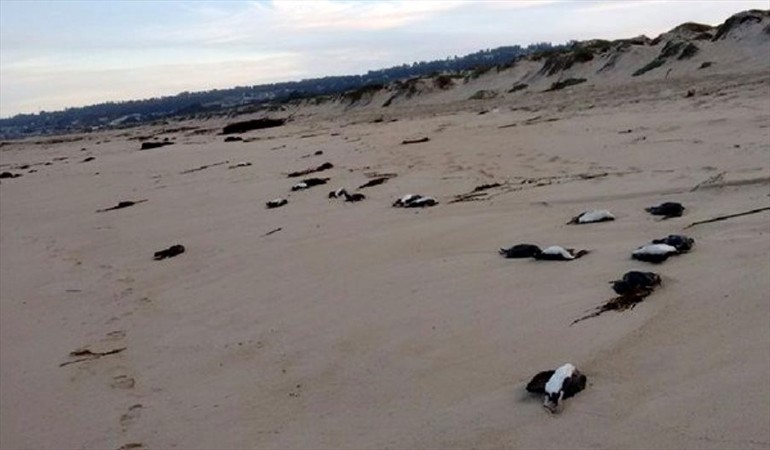 About 100 cormorants were found dead on the beaches of El Tabito (50 bodies) and Matanzas (50 bodies). The cause of their death is still unknown but is most probably not linked to third parties. Officials believe these birds are possibly victims of bycatch. And what about if the fish or shrimps they ate was infected by the poisonous red tide?

The bad consequences of this red tide are so apocalyptic that there may be also something else behind these die-offs.