A bright daytime fireball streak across the sky over St. Louis, Missouri on June 6, 2016.

Some reported hearing a sonic boom as the meteor disintegrated in the Earth’s atmosphere. 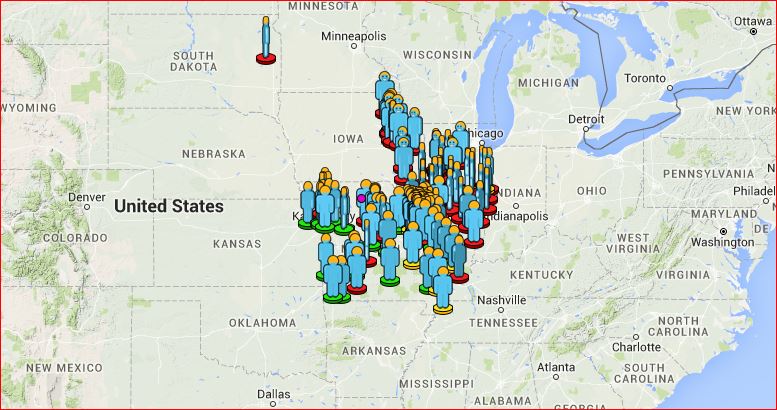 The space rock was described as a flash that fell from the sky and disappeared a couple hundred feet above the horizon.

This video by Tom Stolze was recorded in O’Fallon, Mo.:

The American Meteor Society website was flooded by as many as 154 reports of a fireball seen over Illinois, Missouri, Indiana, Iowa, Kansas and Kentucky at the exact same time.

The next video by Dan Robinson was caught over New Baden, Illinois on the east side of the STL metro:

As this bolide was seen during daytime, specialists believe it must have been huge and thus very rare.

Did you seeit? Did you hear it?