The weather is going crazy again in Germany!

In Schleswig two tornadoes dancing together have been photographed and captured on video. Insane! 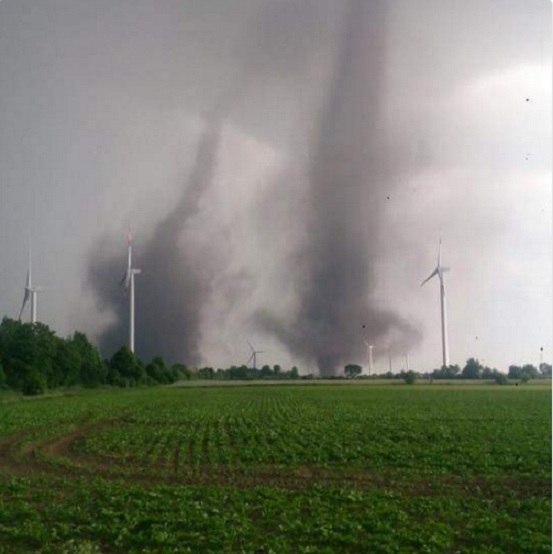 But how does twin tornadoes form?

A multiple vortex tornado is a different beast, packing several vortices inside the main vortex. 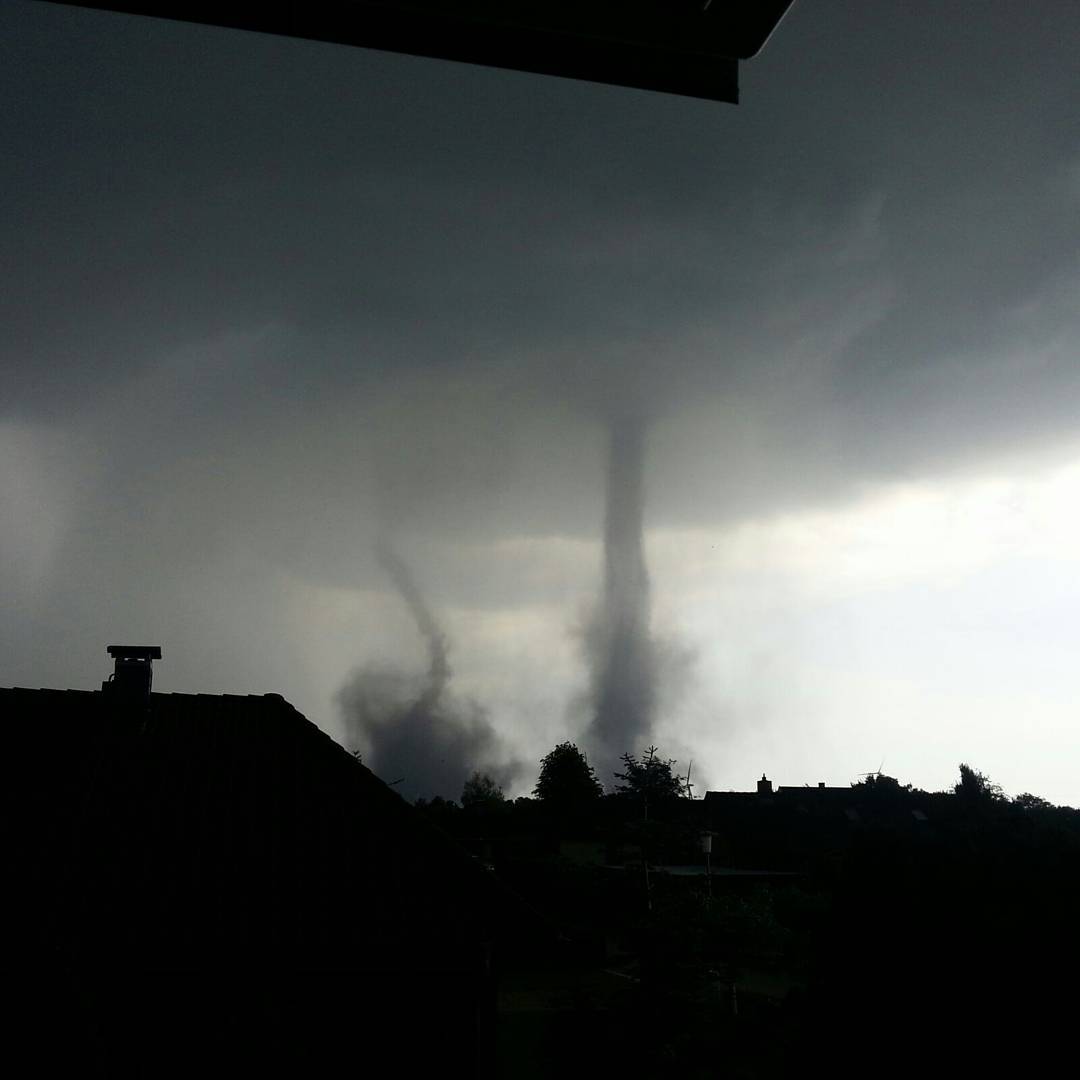 Multiple vortices are usually visible only early in a storm before they break off into tornadoes of their own. 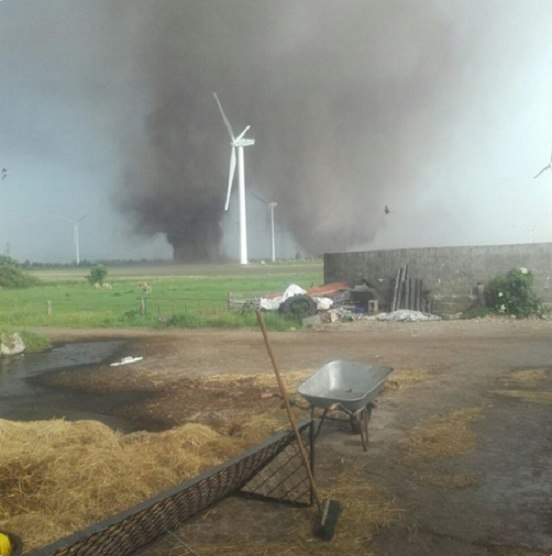 In nature circulations can only live up to a certain size and intensity, then they break off into two, three or four tornadoes. 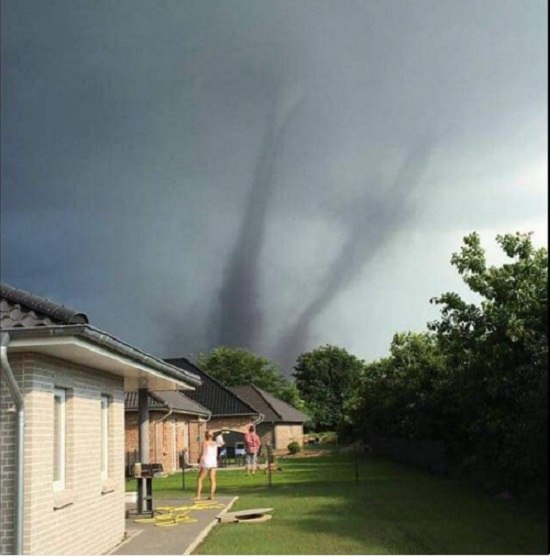 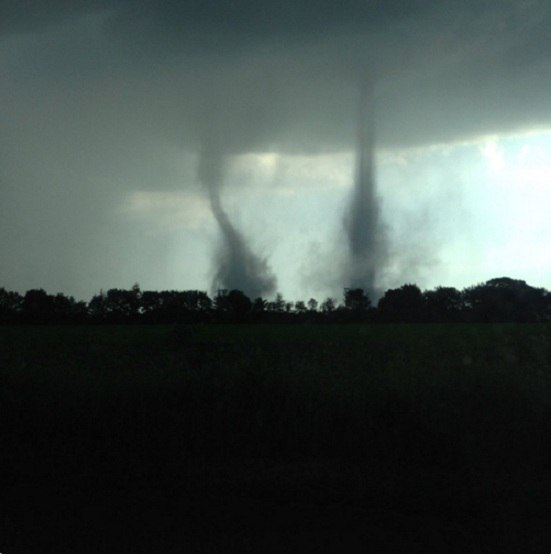 Here another video just after the two tornadoes joined together into a nice and large vortex:

And here the tornadoes filmed from an airplane:

As they formed on fields, neither injuries nor damage have been caused.