The mysterious phenomenon of the strange sounds from the sky has been recorded again in the USA.

This time in Merillville, Indiana and somewhere in North Carolina. Please tell me what you think they are!

‘Loud trumpet sounds’ from the sky in North Carolina

The uploader of the video explains precisily what happened on this night:

So I was coming into work like normal I got into work at 3:30am Like normal and I took my longer route to work today because I was going to stop at sheets gas station andMcDonald’s and get me that epic sprite Tropical Barry mix flavor they have Shit amazing.

But there was no activity within a 4 to 6 mile radius I did a complete circle 2 major hwys 40 and 42 and two major secondary roads that loop u to and down hwy 42 and hwy 40 to get to work no construction no loud vehicles nothing on the two major highways it is quiet when I come into work I’ve never heard the sound or since I’ve been coming into this building for 11 years more less in my 28 years of living never heard a sound like this at all it sounds like mating calls for whales or A really good trumpet player that can throw sound from hell a far.

Because it was so loud when I walked in the building I could hear it before I could even open the warehouse doors and for those of you have not seen those videos of my warehouse you can tell what doors I’m talking about I could hear that clearly so when I stepped outside this is what I heard.

The only thing on this video that was Edited was I clipped all of the Videos together I had about 4/5 of them So I just merged in together into one it lasted about 8 mins then just stopped.

It was so very unreal that it gave me chills because it just something I have never heard it before my life it was so weird.

Strange horn sounds from the sky over Merillville, Indiana

Those strange sounds were recorded back in June 2019, when two friends stepped outside a house to get some fresh air.

Suddenly, they started hearing these strange low rumbling horn like sounds coming from the distance.

Let us know what you think these strange sounds from the sky are. 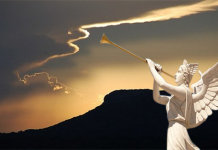 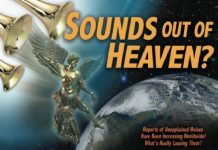 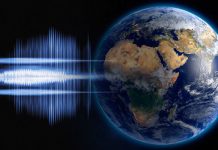