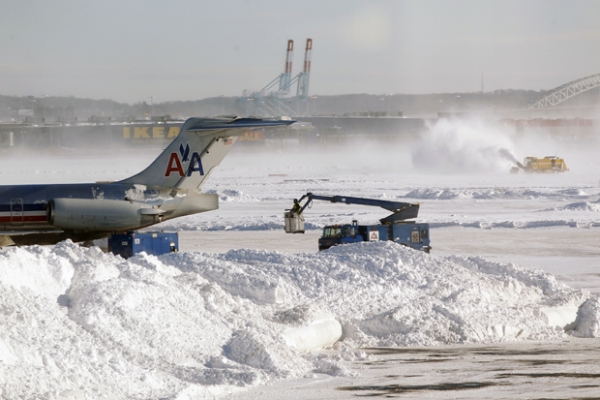 North-east states from Maine to New York will be affected by a giant blizzard storm. Already more than 4,000 flights have been canceled in the region and as officials say, this storm will probably make it to a top 10 storm in some areas. Parts of the north-eastern US began to shut down on Friday as the region prepared for a potentially “historic” snow storm which could dump three feet of snow in some areas of New England. Connecticut governor Dannel Malloy would declare a state of emergency in preparation for the blizzard. The heaviest snowfall are still expected later today. Blizzard warnings are in place from New Jersey to southern Maine, including New York City and Boston. Commuters were repeatedly warned not to travel on Friday evening or Saturday, with the National Weather Service warning that visibility could be “near zero in white-out conditions”. The NWS said Boston could receive three feet of snow, which would rank as the city’s largest ever snowfall. The previous high of 27.6 inches was recorded in 2003. Cities from Hartford, Connecticut, to Portland, Maine, were expected to see at least one foot of snow, the NWS said, while New York City was predicted to see 12.1 inches. – USA today