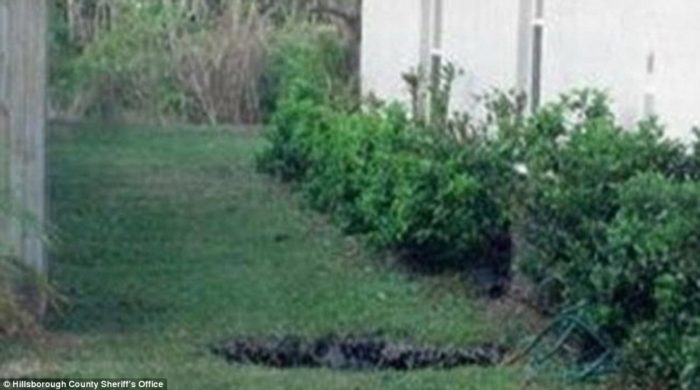 ANOTHER sinkhole, approximately 8 ft wide opened up in Seffner, Florida, in between two homes just a few blocks from where Jeff Bush was killed at the beginning of March 2013. The first sinkhole was filled in, entombing the body of Bush, 37, who was pulled into the cavity under his home. Days later a second sinkhole, 12 ft, appeared just streets away on Monday straddling two properties. – Herald Tribune

The houses have been evacuated as a precaution. 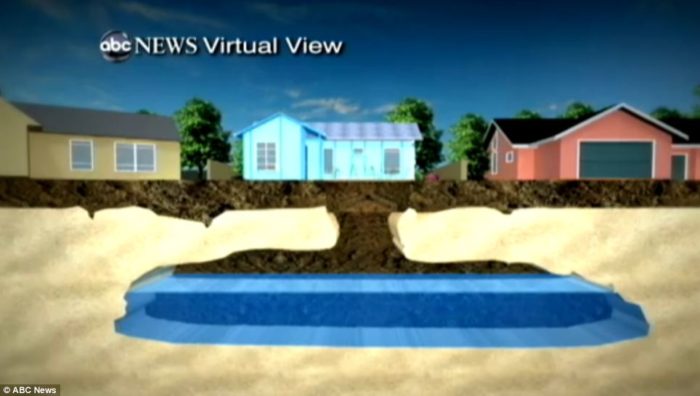