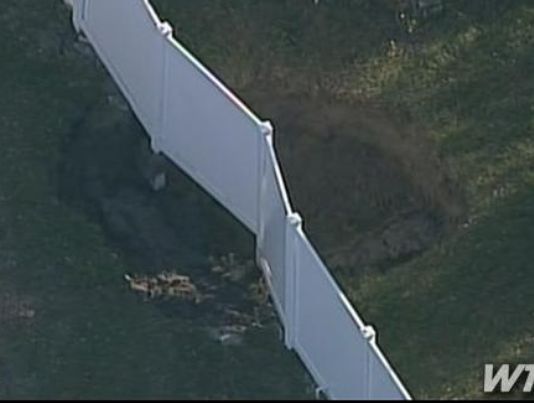 Officials in Seffner, Fla., are investigating a second sinkhole that has formed less than two miles from the one that opened up underneath a house on Thursday and killed Jeff Bush. The sinkhole is located behind a home and is roughly 10 feet deep. Officials for Hillsborough County Code Enforcement say there are no injuries nor structural damage at this time. The hole is straddling across a fence, affecting at least two properties. There’s hardly a place in Florida that’s immune to sinkholes. Experts say thousands of sinkholes form yearly in Florida because of the state’s geology, though most are small and deaths rarely occur. However, there’s no way of ever predicting where a sinkhole is going to occur. – WFLA and USA Today

Man swallowed by sinkhole under his home in Florida

How to detect sinkholes?

Sorry, could not remove the ad from WFLA in the next video!